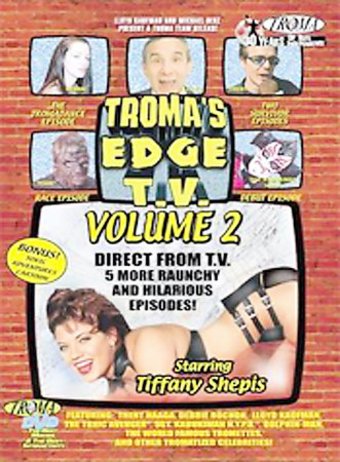 Returning for a second volume, TROMA'S EDGE TV is back to deliver girls, gore, and giggles in this selection of episodes from their very own television channel. With segments split between Los Angeles (Tiffany Shepis hosts), New York (with Trent Haaga), and from Troma founder Lloyd Kaufman, the action unravels in the usual bawdy Troma fashion. The first ever episode is included in its entirety, alongside four other shows which tackle a variety of topics, some controversial (such as racism), others frivolous (such as the "Tromadance" episode). But with the Troma seal of approval comes a guarantee of laughs and stomach-churning special effects, and these are both provided in abundance!