They needed help. What they got was a miracle. 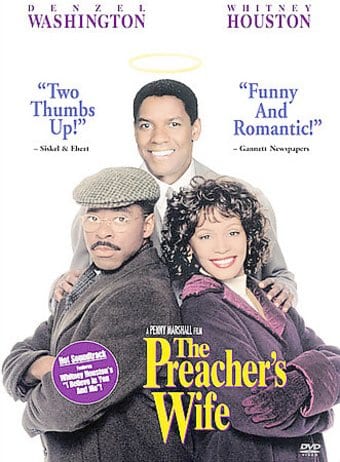 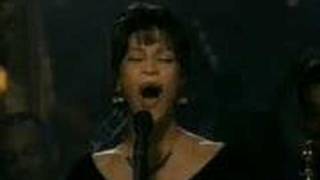 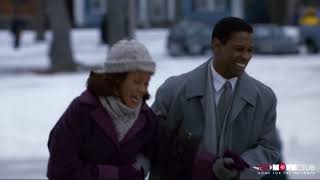 Behind the Scene: Courtney B Vance on THE PREACHER'S WIFE (Featurette)

In this updating of 1947's THE BISHOP'S WIFE, a Baptist preacher unknowingly pays too much attention to his congregation, and not enough to his dedicated wife and son. Enter Dudley, a flirtatious, sharp-dressed angel, to help the couple build a new church and, not incidentally, reignite their marriage. Academy Award Nominations: Best Original Musical or Comedy Score.

The Preacher's Wife
Starring Academy Award(R)-winner Denzel Washington (Best Actor, TRAINING DAY, 2001) and multi-talented Whitney Houston (WAITING TO EXHALE), here's a delightful romantic comedy to send spirits soaring! Washington plays a charming angel named Dudley who's sent to earth to help a young minister (Courtney B. Vance -- DANGEROUS MINDS) and his beautiful wife (Houston) revive their marriage! But things take a hilarious twist when Dudley accidentally falls in love with the preacher's wife. From director Penny Marshall (A LEAGUE OF THEIR OWN) and featuring screen favorite Gregory Hines (RENAISSANCE MAN), this critically acclaimed comedy hit also showcases nine dynamic songs by Grammy Award-winner Houston, including the Top 10 hit "I Believe In You And Me."

16%off
The Perfect Holiday
$8.40 Super Savings
Add to Cart