Q: 3 out of 5 stars - "...Delivered the huge commercial success he'd always hoped for. It's fairly typical of his work, with nice lyrical touches and songs about love's elusiveness..." 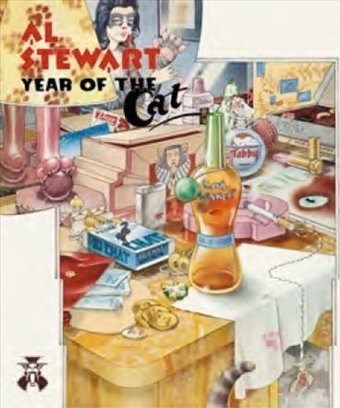 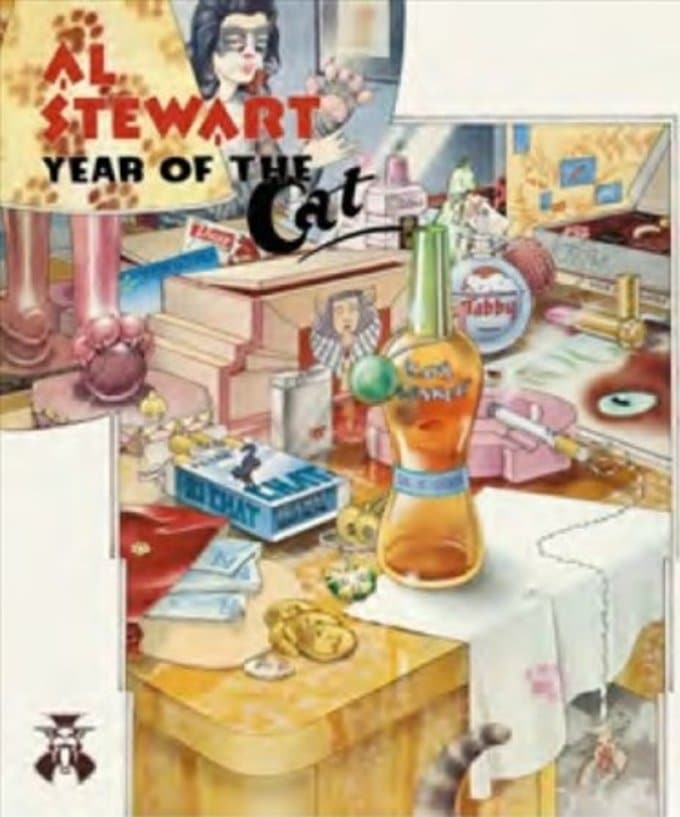 Q - 11/01, p.144
3 out of 5 stars - "...Delivered the huge commercial success he'd always hoped for. It's fairly typical of his work, with nice lyrical touches and songs about love's elusiveness..."
Paste (magazine) - "The title track and 'On the Border,' both Top 20 radio hits, are sophisticated and cinematic, exhorting listeners to step outside their own place and time."

Personnel: Al Stewart (vocals, keyboards); Tim Renwick, Peter White (guitar); Graham Smith (harmonica); Phil Kenzie (alto saxophone); Peter Wood, Don Lobster (keyboards); George Ford (bass); Stuart Elliot (drums, percussion); Marion Driscoll (triangle); David Pack, Tony Rivers, John Perry (background vocals).
Recorded at Abbey Road, London, England & Davlen Sound Studios, Universal City, California in 1976. Includes liner notes by Thane Tierney.
Al Stewart had found his voice on Past, Present & Future and found his sound on Modern Times. He then perfected it all on 1976's Year of the Cat, arguably his masterpiece. There is no overarching theme here, as there was on its two immediate predecessors, but the impossible lushness of Alan Parsons' production and Stewart's evocative Continental narratives give the record a welcome feeling of cohesion that keeps the record enchanting as it moves from "Lord Grenville" to "Midas Shadow" to "Broadway Hotel," before it ends with the haunting title track. Along the way, Stewart doesn't dwell too deeply in any area, preferring to trace out mysteries with his evocative lyrical imagery and a spinning array of self-consciously sophisticated music, songs that evoke American and European folk and pop with a deliberate grace. This could be unbearably precious if it didn't work so well. Stewart is detached from his music, but only in the sense that he gives this album a stylish elegance, and Parsons is his perfect foil, giving the music a rich, panoramic sweep that mimics Stewart's globe-trotting songs. The result is a tremendous example of how good self-conscious progressive pop can be, given the right producer and songwriter -- and if you're a fan of either prog or pop and haven't given Al Stewart much thought, prepare to be enchanted. ~ Stephen Thomas Erlewine