596K ratings
Currently Out of Stock: We'll get more as soon as possible
Notify Me When Available
Add to Wishlist
Format:  DVD
sku:  LMTB 11790D
Our customers love us! 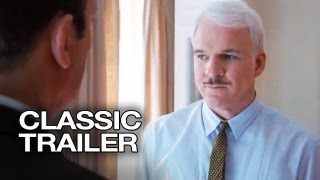 Reviving the beloved comedy franchise THE PINK PANTHER, the brilliant Steve Martin returns to his slapstick physical-comedy roots. After years of flirting with the world of high culture--from his hilarious NEW YORKER pieces to his critically acclaimed novella, SHOPGIRL--Martin is back to doing what he became famous for: splitting our sides with laughter. Here he reinvents the character of Inspector Clouseau, the hapless, bungling detective with the overwrought French accent and metaphorically huge head. With his black beret and Pepe LaPew moustache, the policeman is called on to solve a high-profile crime, making a series of hilariously clumsy missteps along the way.

The story centers on a familiar murder-heist narrative. A famous soccer coach meets an untimely death by homicide (via poisoned dart), leaving behind Xania, his beautiful and famous fiancée (pop star Beyonce Knowles), who is devastated. Not only has Xania lost her intended, but she also finds that her engagement ring--the fabled "pink panther" diamond--is missing. Inspector Closeau's boss, Inspector Dreyfus (a topnotch Kevin Kline), decides to give the case to his incompetent inferior, scheming to take over the case at just the right moment in order to win the coveted Medal of Honor. With his reverent sidekick Ponton (Jean Reno) and adoring secretary Nicole (Emily Mortimer), Clouseau tackles the case as only he can, destroying evidence, fumbling names and pronunciations, insulting victims, and all the while attempting to charm the gorgeous Xania in his inimitably uproarious style.

16%off
The Return of the Pink Panther
$8.40 Super Savings
Add to Cart