A hard-hearted school teacher learns that she improved her students’ lives for the better in this long-lost feature starring the comedy team of Alison Skipworth and Polly Moran. Plus the short ‘Any Day in Hollywood’ (1935). 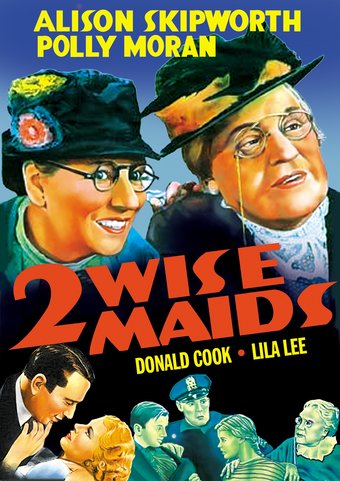 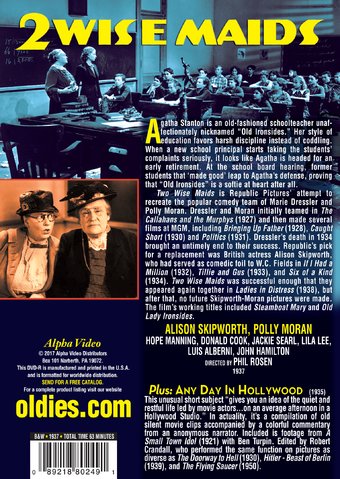 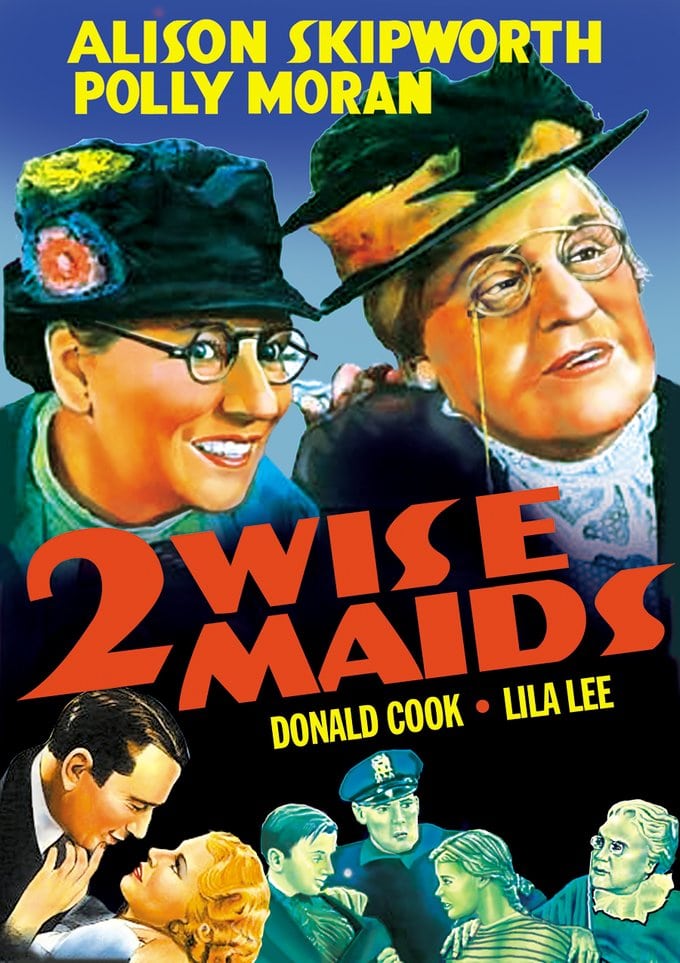 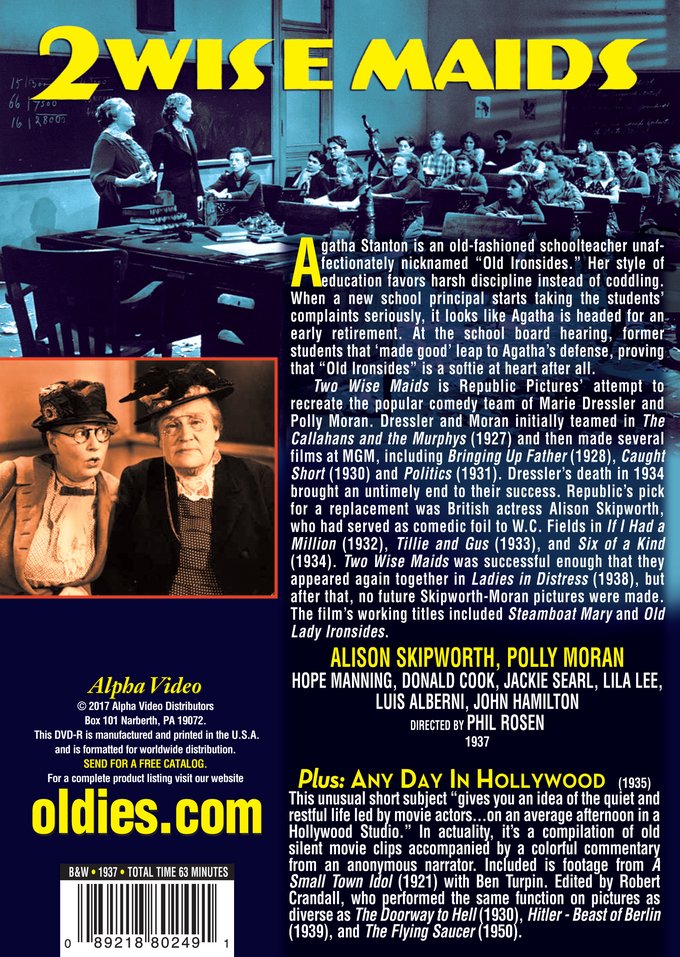 "To those women we forget too soon, who taught us the Three R's - Rapped our knuckles with a ruler - Looked behind our ears - To those second mothers, our school teachers, this picture is dedicated."

Agatha Stanton is an old-fashioned schoolteacher unaffectionately nicknamed “Old Ironsides.” Her style of education favors harsh discipline instead of coddling. When a new school principal starts taking the students’ complaints seriously, it looks like Agatha is headed for an early retirement. At the school board hearing, former students that ‘made good’ leap to Agatha’s defense, proving that “Old Ironsides” is a softie at heart after all.

Two Wise Maids is Republic Pictures’ attempt to recreate the popular comedy team of Marie Dressler and Polly Moran. Dressler and Moran initially teamed in The Callahans and the Murphys (1927) and then made several films at MGM, including Bringing Up Father (1928), Caught Short (1930) and Politics (1931). Dressler’s death in 1934 brought an untimely end to their success. Republic’s pick for a replacement was British actress Alison Skipworth, who had served as comedic foil to W.C. Fields in If I Had a Million (1932), Tillie and Gus (1933), and Six of a Kind (1934). Two Wise Maids was successful enough that they appeared again together in Ladies in Distress (1938), but after that, no future Skipworth-Moran pictures were made. The film’s working titles included Steamboat Mary and Old Lady Ironsides.

PLUS: Any Day in Hollywood (1935): This unusual short subject “gives you an idea of the quiet and restful life led by movie actors...on an average afternoon in a Hollywood Studio.” In actuality, it’s a compilation of old silent movie clips accompanied by a colorful commentary from an anonymous narrator. Included is footage from A Small Town Idol (1921) with Ben Turpin. Edited by Robert Crandall, who performed the same function on pictures as diverse as The Doorway to Hell (1930), Hitler - Beast of Berlin (1939), and The Flying Saucer (1950).

The Nutty Professor
$6.40
Add to Cart