The Rough Riders Riders of the West

The Rough Riders go undercover to stop a corrupt businessman from rustling cattle and stealing ranches. Plus a bonus episode of the long-lost "Buster Crabbe Show" from 1951! 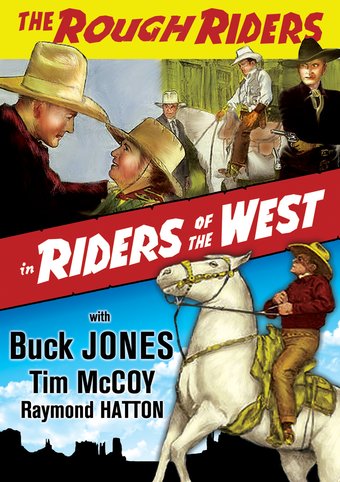 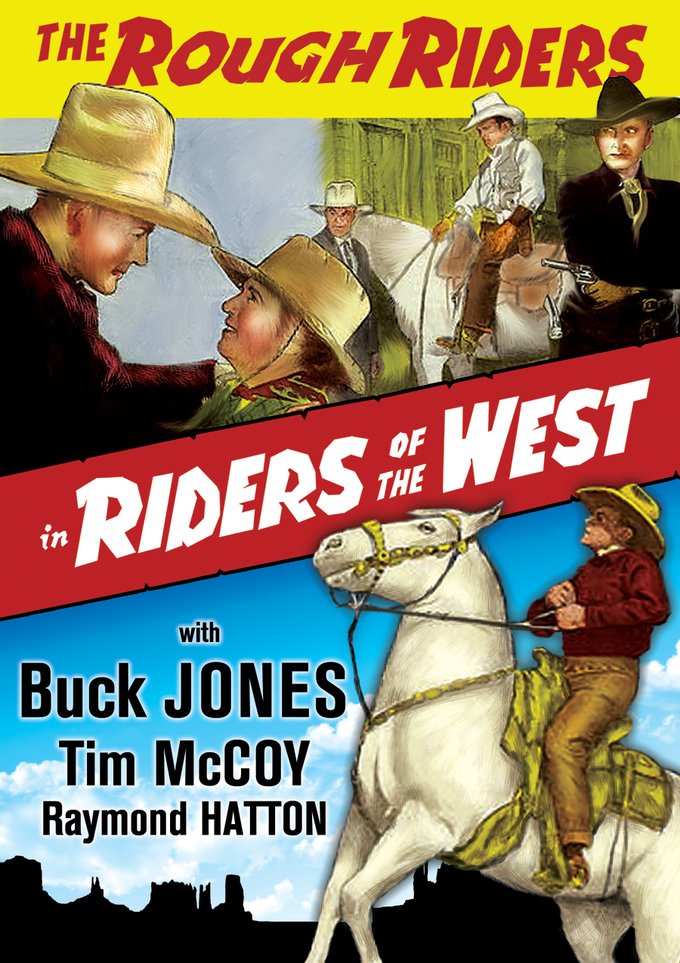 The ranches around Red Bluff are reeling from repeated attacks by rustlers. One ranch owner, crusty matriarch Ma Turner, sends an urgent call for help to the only men she knows who can stop the raids - U.S. Marshal Buck Roberts and his partners, Tim McCall and Sandy Hopkins. The three lawmen descend on Red Bluff separately, pretending to be strangers to each other. Buck goes undisguised, but Tim masquerades as an outlaw and Sandy poses as a peddler of "miracle potions." Working three different angles they discover that many of Red Bluff's most prominent citizens, including the crooked sheriff, the town banker, the saloon owner, and a wealthy rancher named John Holt, are all part of the criminal network. This surprising development gives rise to a daring plan - one involving a staged jailbreak - that just might crack the case wide open.

Monogram Studios launched their Rough Riders series in 1941 with high hopes and a time-tested cast. Buck Jones was an extremely popular cowboy star with more than 150 films under his belt. Tim McCoy was an expert horseman and sharpshooter and a fan favorite. Raymond Hatton may not have had the box-office draw of his partners, but he appeared in more westerns than the other two combined, and his comic touch hailed from his early days in silent comedy shorts teamed with Wallace Beery. The outbreak of WWII stopped the series after nine films in two years, and any plans for a resumption were snuffed out when Buck Jones died in the infamous Cocoanut Grove fire of 1942.