A heartbreaking saga of the American immigrant experience from the early days of cinema, starring acclaimed stage actor George Beban. 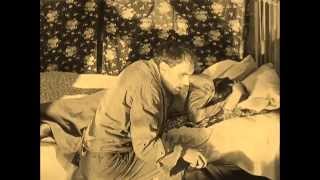 Italian gondolier Beppo Donetti proposes to his sweetheart Annette, but her father forbids her from marrying a poor man. Determined, Beppo journeys to America to make his fortune. After a year working at a factory owned by Bill Corrigan, Beppo is not wealthy, but self-sufficient enough for Annette to join him in New York. Soon the couple have a baby boy and are living happily in a tenement apartment on the Lower East Side. A heat wave grips the city, causing the baby to fall ill. Beppo desperately needs medicine for the child. He asks Corrigan for the money but is rebuked. Without the life-saving medicine, the baby dies in his crib. Insane with grief, Beppo vows to take the life of Corrigan's daughter in revenge. As he stands over the child's crib, knife in hand, Beppo reflects on the events that brought him here to the "Land of Opportunity"...and whether what he is about to do is what his own child would have wanted...

A startling historical artifact just as shocking today as it was in 1915, The Italian is widely recognized as one of the masterpieces of early silent cinema. Its innovative uses of lighting, close-ups, editing, and multidirectional camera positions were revolutionary for the era. Though credited to producer Thomas H. Ince, The Italian was actually directed by pioneering filmmaker Reginald Barker, who went similarly uncredited on Ince's Civilization (1916). Star George Beban (1873-1928) was at the time a well-known stage and vaudeville actor, acclaimed for his portrayal of an Italian immigrant in the play The Sign of the Rose (Beban was actually of Croatian/Irish heritage.) He was also a prolific actor in the early days of motion pictures, though many of his films are now seemingly lost. Beban retired from show business in 1926 after the death of his wife; he himself died two years later after being thrown from a horse. Scenes taking place in Italy were actually filmed in Venice, California.

25%off
Car Commercials of the 50s and 60s TOP 25 Bestselling DVD
$5.95 Spring Sale
Add to Cart
Film Collectors & Archivists: Alpha Video is actively looking for rare and unusual pre-1943 motion pictures, in good condition, from Monogram, PRC, Tiffany, Chesterfield, and other independent studios for release on DVD. We are also interested in TV shows from the early 1950s. Share your passion for films with a large audience. Let us know what you have.
How to Order
Shipping Rates & Options
International Shipping
Return Policy
Request a FREE Catalog
Order Items by Catalog
View Catalogs Online
Safe Shopping Guarantee
Buy a Gift Certificate
About OLDIES.com
Customer Reviews
Contact Info
Privacy Policy
Send Feedback
Login
Forgot Password?
Sign Out
Email Subscriptions
Redeem Gift Certificate
To contact customer service, email us at Customer-Service@OLDIES.com
Our Call Center is temporarily closed due to COVID-19 restrictions.
Portions of this page © 2020 TiVo Corporation. For personal non-commercial use only. All rights reserved.
All copyrights, trademarks, and logos are owned by their respective owners. Rotten Tomatoes content and Certified Fresh™ Logo is Copyright © Fandango. All rights reserved.
© 2020 OLDIES.com and its affiliates and partner companies. All rights reserved.