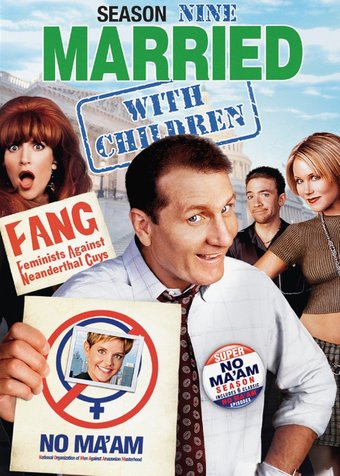 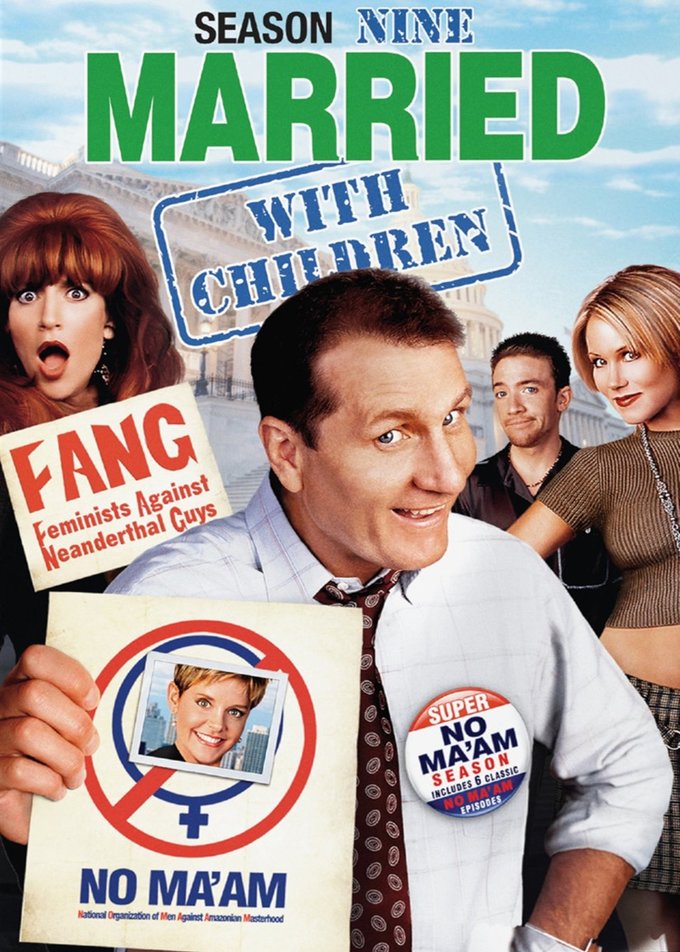 Over the years the Bundys have taken on two incarnations of an annoying next-door neighbor, one cursed family trip to London, and an adopted, mischievous second cousin once removed named Seven--and managed to keep the "fun" in "dysfunctional" all the while. At the start of this ninth season of the groundbreaking-for-its-time, now-classically un-PC series, Al Bundy and his wide-grinned pal Jefferson discover a trove of old shoes from the 1970s, which sparks a lucrative nostalgia boom at the shoe store. Later, in a two-episode story arc, it's a protest-off when Marcy is up in arms over Al's banishing of a breast-feeding mother from the shoe store, eliciting a counter response from his trusty NO MA'AM organization. Meanwhile, Kelly has a bout with truth serum-tinged insect bites before becoming the new spokesperson for a beer company, and Bud must act as Al's driving instructor when the old man is forced to renew his driver's license. After Peggy finally returns home from a long trip, the Bundys and the D'Arcys head out together on a Caribbean cruise. The family comedy is as brash, offensive, and slightly surreal as ever in the ninth season of MARRIED WITH CHILDREN, the show that helped the FOX network rise to one of television's most singular creative powers in the 1990s.