Basil Rathbone plays a black-robed specter trying to turn a virginal American girl into a Communist in this bizarre docudrama from the Cold War. 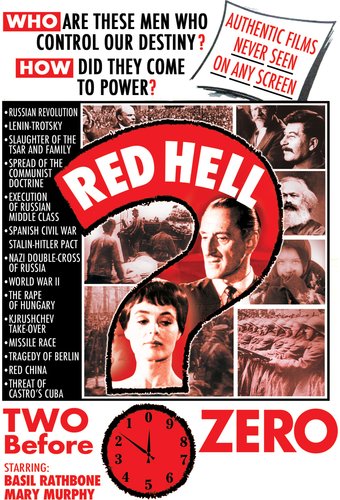 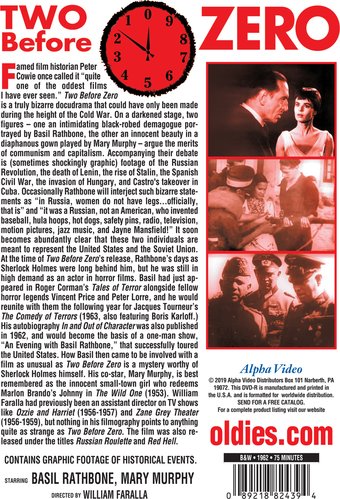 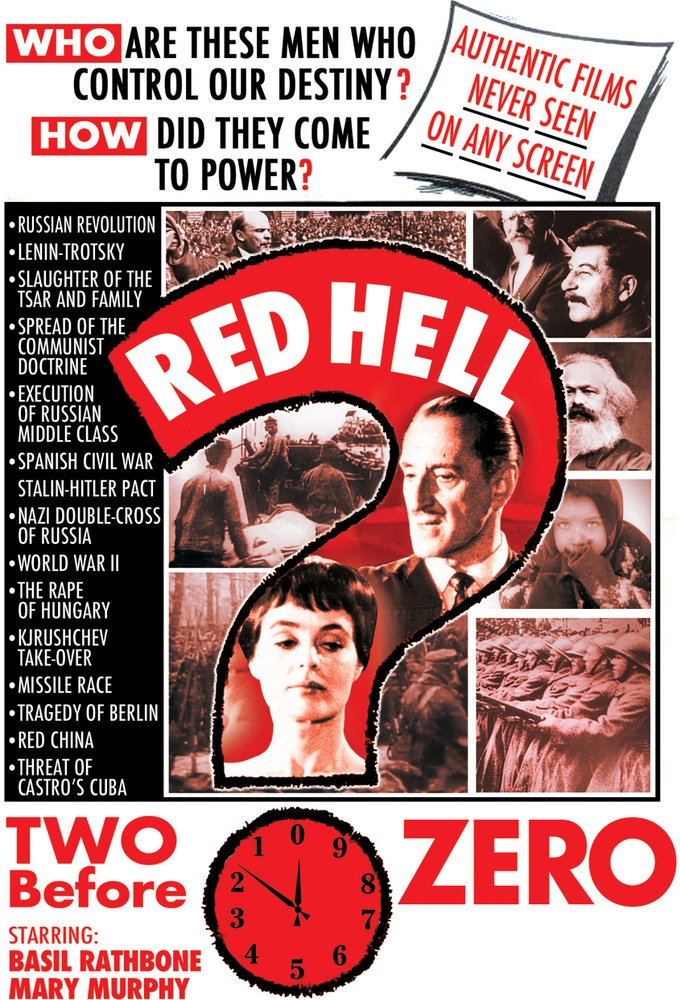 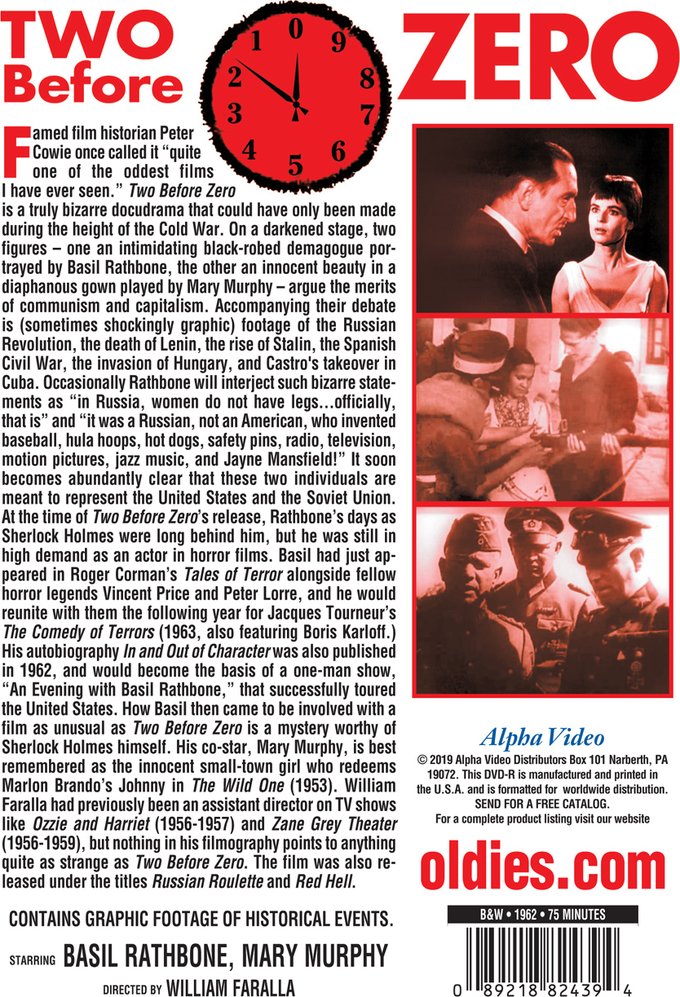 Famed film historian Peter Cowie once called it "quite one of the oddest films I have ever seen." Two Before Zero is a truly bizarre docudrama that could have only been made during the height of the Cold War. On a darkened stage, two figures – one an intimidating black-robed demagogue portrayed by Basil Rathbone, the other an innocent beauty in a diaphanous gown played by Mary Murphy – argue the merits of communism and capitalism. Accompanying their debate is (sometimes shockingly graphic) footage of the Russian Revolution, the death of Lenin, the rise of Stalin, the Spanish Civil War, the invasion of Hungary, and Castro's takeover in Cuba. Occasionally Rathbone will interject such bizarre statements as "in Russia, women do not have legs...officially, that is" and "it was a Russian, not an American, who invented baseball, hula hoops, hot dogs, safety pins, radio, television, motion pictures, jazz music, and Jayne Mansfield!" It soon becomes abundantly clear that these two individuals are meant to represent the United States and the Soviet Union. At the time of Two Before Zero's release, Rathbone's days as Sherlock Holmes were long behind him, but he was still in high demand as an actor in horror films. Basil had just appeared in Roger Corman's Tales of Terror alongside fellow horror legends Vincent Price and Peter Lorre, and he would reunite with them the following year for Jacques Tourneur's The Comedy of Terrors (1963, also featuring Boris Karloff.) His autobiography In and Out of Character was also published in 1962, and would become the basis of a one-man show, "An Evening with Basil Rathbone", that successfully toured the United States. How Basil then came to be involved with a film as unusual as Two Before Zero is a mystery worthy of Sherlock Holmes himself. His co-star, Mary Murphy, is best remembered as the innocent small-town girl who redeems Marlon Brando's Johnny in The Wild One (1953). William Faralla had previously been an assistant director on TV shows like Ozzie and Harriet (1956-1957) and Zane Grey Theater (1956-1959), but nothing in his filmography points to anything quite as strange as Two Before Zero. The film was also released under the titles Russian Roulette and Red Hell. Contains graphic footage of historical events.
This product is made-on-demand by the manufacturer using DVD-R recordable media. Almost all DVD players can play DVD-Rs (except for some older models made before 2000) - please consult your owner's manual for formats compatible with your player. These DVD-Rs may not play on all computers or DVD player/recorders. To address this, the manufacturer recommends viewing this product on a DVD player that does not have recording capability.