A saloon hall girl coerces three desperadoes into helping bury her son's body in the desert./A Confederate soldier searches for a doctor to cure his mute son. 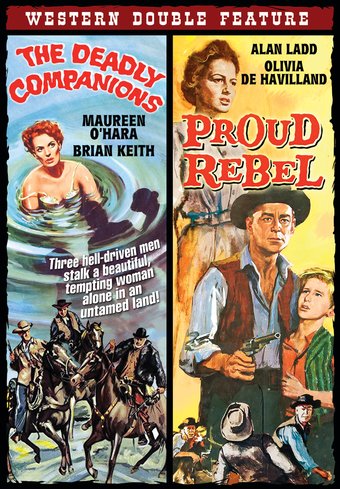 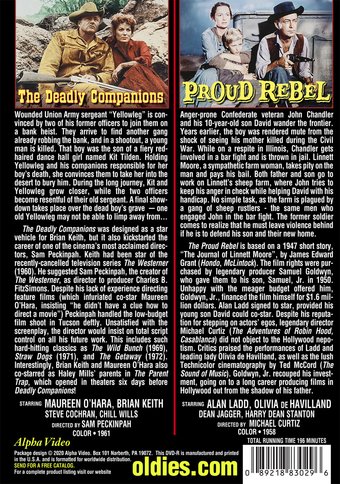 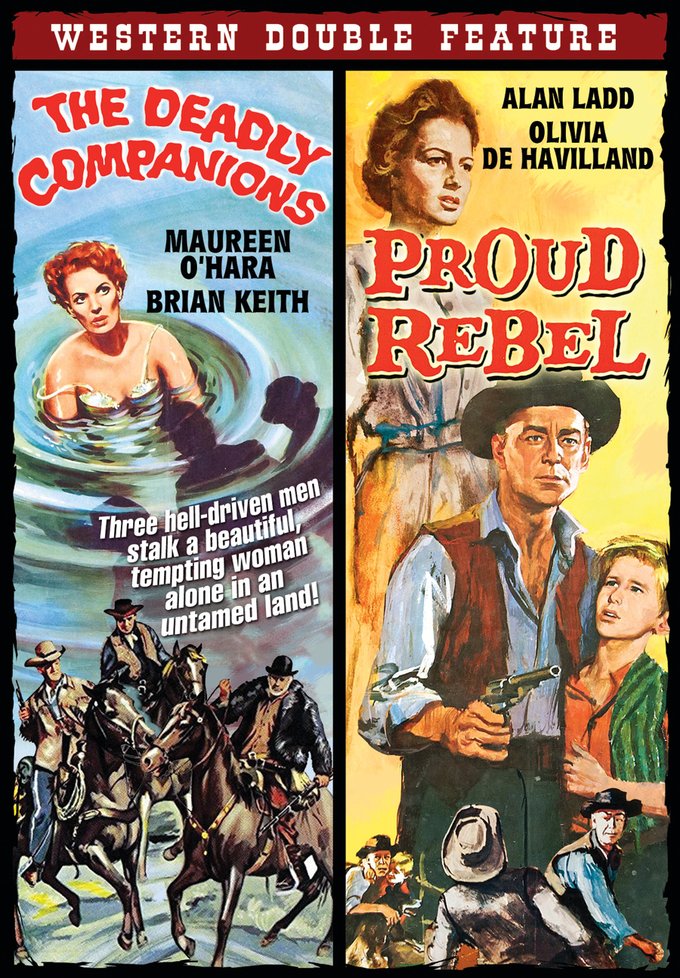 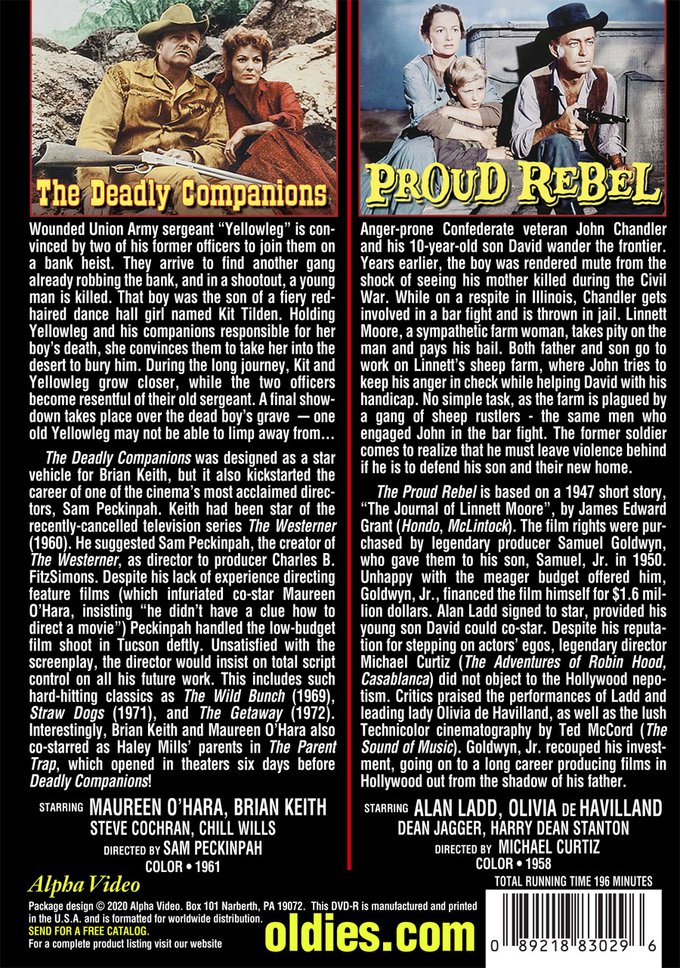 THE DEADLY COMPANIONS (1961): Wounded Union Army sergeant "Yellowleg" is convinced by two of his former officers to join them on a bank heist. They arrive to find another gang already robbing the bank, and in a shootout, a young man is killed. That boy was the son of a fiery red-haired dance hall girl named Kit Tilden. Holding Yellowleg and his companions responsible for her boy's death, she convinces them to take her into the desert to bury him. During the long journey, Kit and Yellowleg grow closer, while the two officers become resentful of their old sergeant. A final showdown takes place over the dead boy's grave - one old Yellowleg may not be able to limp away from...

The Deadly Companions was designed as a star vehicle for Brian Keith, but it also kickstarted the career of one of the cinema's most acclaimed directors, Sam Peckinpah. Keith had been star of the recently-cancelled television series The Westerner (1960). He suggested Sam Peckinpah, the creator of The Westerner, as director to producer Charles B. FitzSimons. Despite his lack of experience directing feature films (which infuriated co-star Maureen O'Hara, who insisted "he didn't have a clue how to direct a movie") Peckinpah handled the low-budget film shoot in Tucson deftly. Unsatisfied with the screenplay, the director would insist on total script control on all his future work. This includes such hard-hitting classics as The Wild Bunch (1969), Straw Dogs (1971), and The Getaway (1972). Interestingly, Brian Keith and Maureen O'Hara also co-starred as Haley Mills' parents in The Parent Trap, which opened in theaters six days before Deadly Companions!

THE PROUD REBEL (1958): Anger-prone Confederate veteran John Chandler and his 10-year-old son David wander the frontier. Years earlier, the boy was rendered mute from the shock of seeing his mother killed during the Civil War. While on a respite in Illinois, Chandler gets involved in a bar fight and is thrown in jail. Linnett Moore, a sympathetic farm woman, takes pity on the man and pays his bail. Both father and son go to work on Linnett's sheep farm, where John tries to keep his anger in check while helping David with his handicap. No simple task, as the farm is plagued by a gang of sheep rustlers - the same men who engaged John in the bar fight. The former soldier comes to realize that he must leave violence behind if he is to defend his son and their new home.

The Proud Rebel is based on a 1947 short story, "The Journal of Linnett Moore", by James Edward Grant (Hondo, McLintock). The film rights were purchased by legendary producer Samuel Goldwyn, who subsequently gave them to his son, Samuel, Jr. in 1950. Unhappy with the meager budget offered him by United Artists, Goldwyn, Jr., financed the film himself to the tune of $1.6 million dollars. Alan Ladd signed to star, provided his young son David could co-star. Despite his reputation for stepping all over actors' egos, legendary director Michael Curtiz (The Adventures of Robin Hood, Casablanca) did not object to this bit of classic Hollywood nepotism. Critics praised the performances of Ladd and leading lady Olivia de Havilland, as well as the lush Technicolor cinematography by Ted McCord (The Sound of Music). Samuel Goldwyn, Jr. recouped his investment, going on to a long career producing films in Hollywood out from the shadow of his famous father.