Uncut: 3 out of 5 - "...The Chieftains are a treasure and every home should have at least one of their albums..." 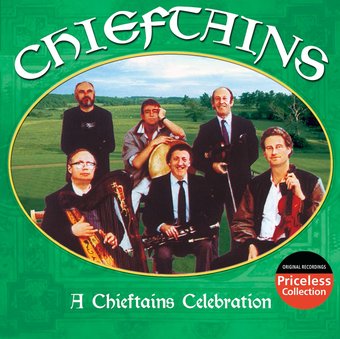 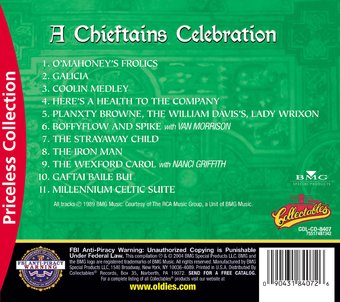 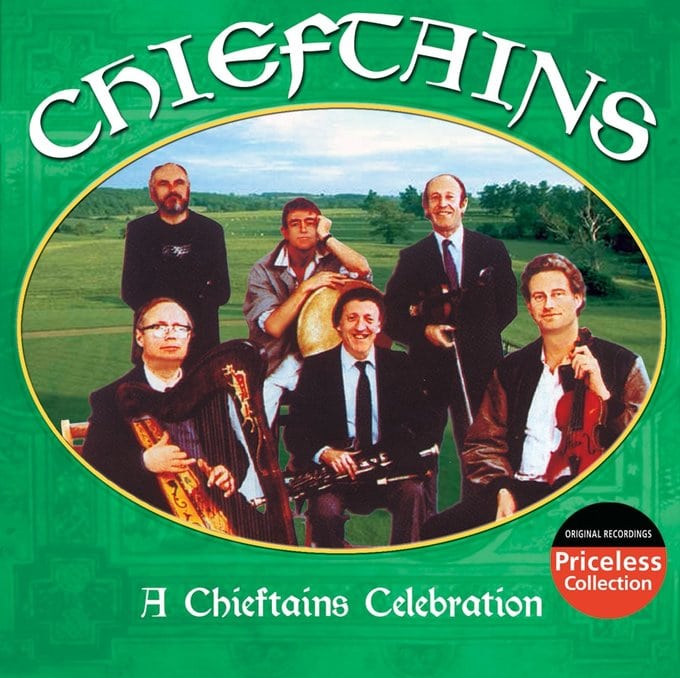 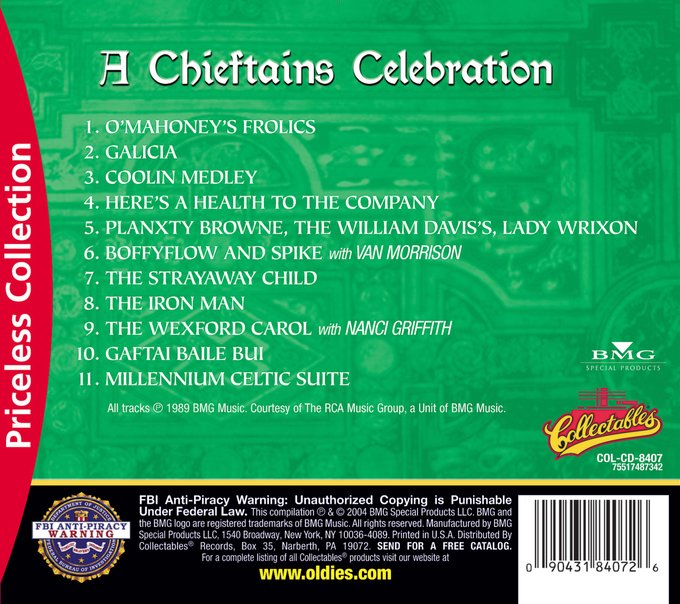 Get email alerts for The Chieftains
Available: Usually ships in 1-3 business days
Add to Cart
Add to Wishlist
Format:  CD
item number:  COL 8407
Related products:
The Chieftains: An Irish Evening for $5
91% recommend us!

A budget-priced reissue of the Chieftain's 1989 album, "A Chieftains Celebration."

"Millennium Celtic Suite" was composed to celebrate Dublin's 1,000 years. This track includes music from various Celtic countries.
The Chieftains: Kevin Conneff (vocals, bodhran); Martin Fay, Sean Keane (fiddle); Derek Bell (harp, tiompan, harpsichord); Matt Molloy (flute); Paddy Moloney (Uilleann pipes, tin whistle).
Additional personnel includes: Van Morrison (vocals, guitar); Nanci Griffith (vocals).
Recorded at Windmill Studios, Dublin, Ireland in May & June 1988 and live at Gaiety Theatre, Dublin, Ireland in July 1988.
The Chieftains have been recording prolifically since the early 1960's. Now in their fifth decade, these ambassadors of Irish music have captured the attention of fans who otherwise would not be afforded the opportunity to travel to the pubs of ol' Eire where this music is typically performed.
On A CHIEFTAINS CELEBRATION (1988), Paddy Maloney and the boys bring to life the sounds of traditional reels, jigs, airs, and more. Additionally, the Chieftains are joined by special guests including American country singer Nanci Griffith, Irish pop singer Van Morrison, and even a string orchestra. The highlight of the album is "Millennium Celtic Suite," an epic piece that Maloney composed to celebrate Dublin's 1,000 years; it includes music from most of the Celtic countries. Here too, the Chieftains are joined by instrumentalists and singers from Brittany and Galicia, as well as Scottish and Northumbrian bagpipers.

80%off
Meryl Streep / The Chieftains
The Tailor Of Gloucester
$2.98 on Sale
Add to Cart