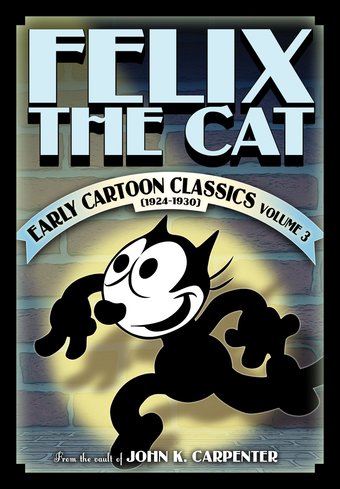 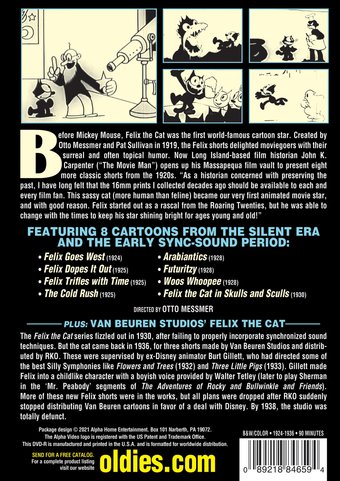 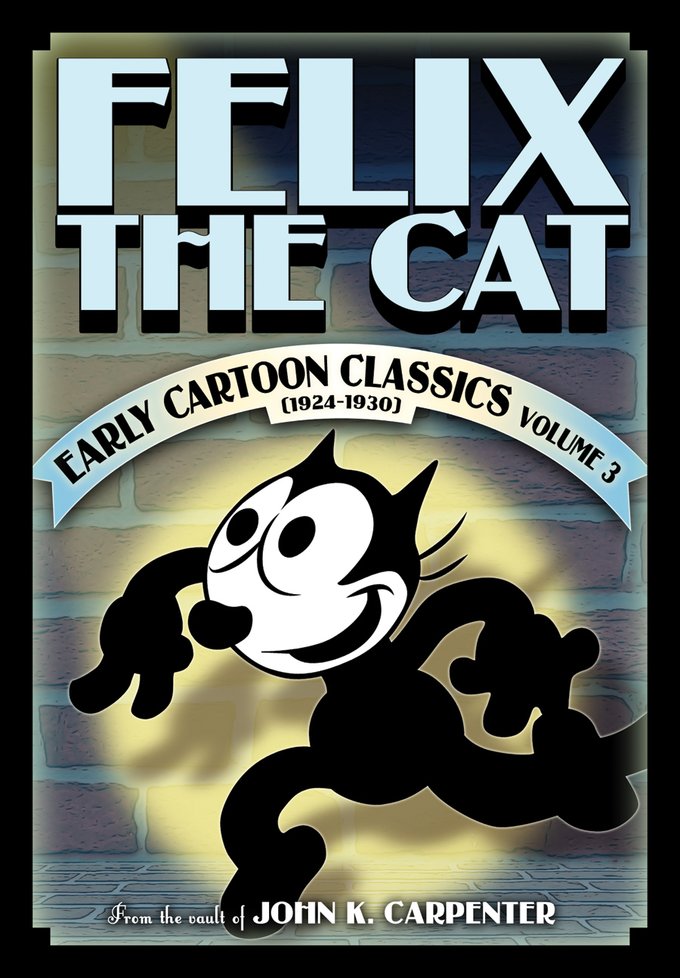 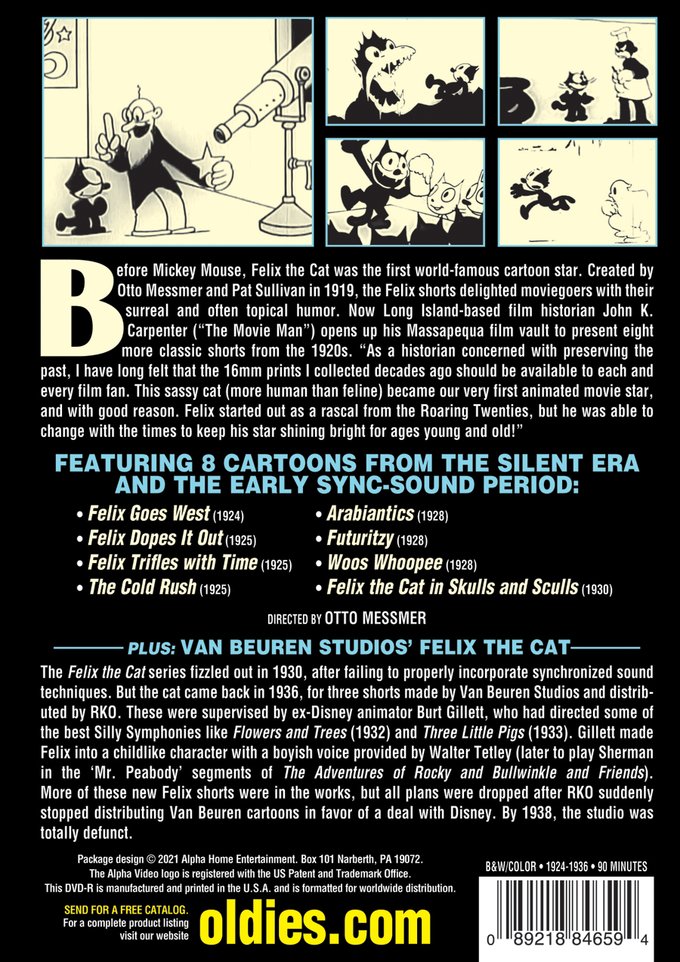 Before Mickey Mouse, Felix the Cat was the first world-famous cartoon star. Created by Otto Messmer and Pat Sullivan in 1919, the Felix shorts delighted moviegoers with their surreal and often topical humor. Now Long Island-based film historian John K. Carpenter ("The Movie Man") opens up his Massapequa film vault to present nine more classic shorts from the 1920s. "As a historian concerned with preserving the past, I have long felt that the 16mm prints I collected decades ago should be available to each and every film fan. This sassy cat (more human than feline) became our very first animated movie star, and with good reason. Felix started out as a rascal from the Roaring Twenties, but he was able to change with the times to keep his star shining bright for ages young and old!"

Featuring 8 cartoons from the silent era and the early sync-sound period:

BONUS: Van Beuren Studios' Felix the Cat (1936): The Felix the Cat series fizzled out in 1930, after failing to properly incorporate synchronized sound techniques. But the cat came back in 1936, for three shorts made by Van Beuren Studios and distributed by RKO. These were supervised by ex-Disney animator Burt Gillett, who had directed some of the best Silly Symphonies like Flowers and Trees (1932) and Three Little Pigs (1933). Gillett made Felix into a childlike character with a boyish voice provided by Walter Tetley (later to play Sherman in the 'Mr. Peabody' segments of The Adventures of Rocky and Bullwinkle and Friends.) More of these new Felix shorts were in the works, but all plans were dropped after RKO suddenly stopped distributing Van Beuren cartoons in favor of a deal with Disney. By 1938, the studio was totally defunct.