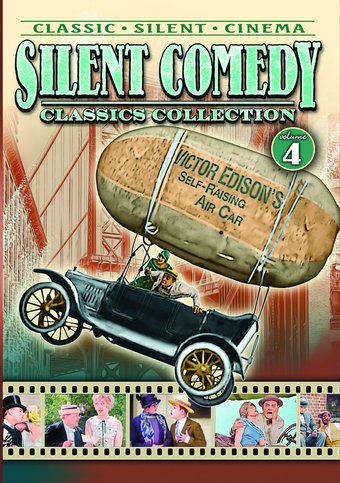 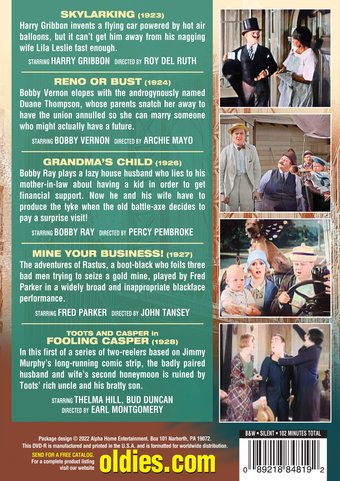 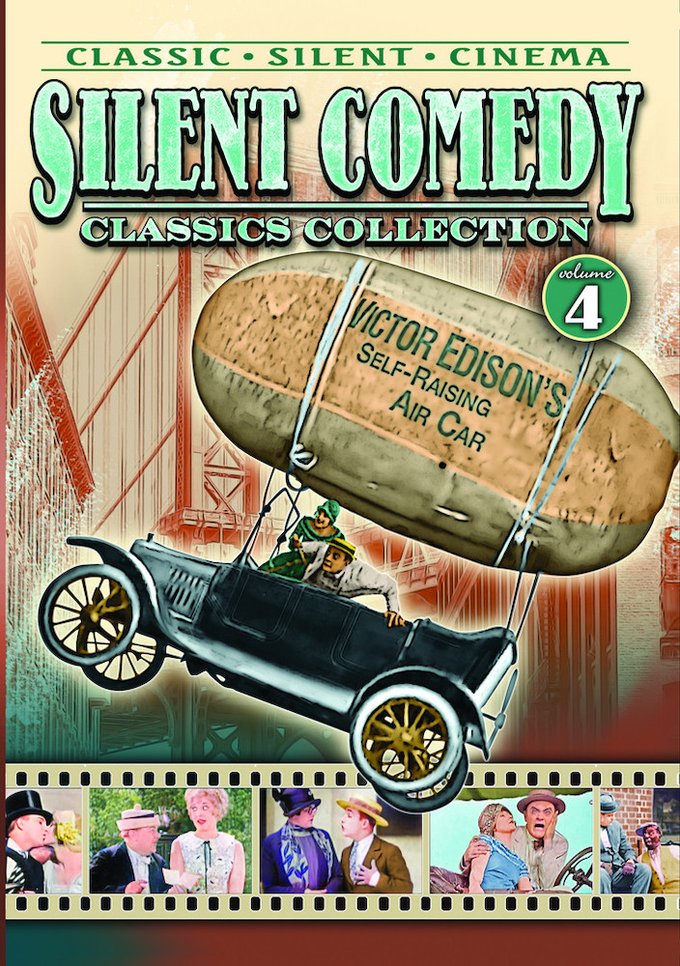 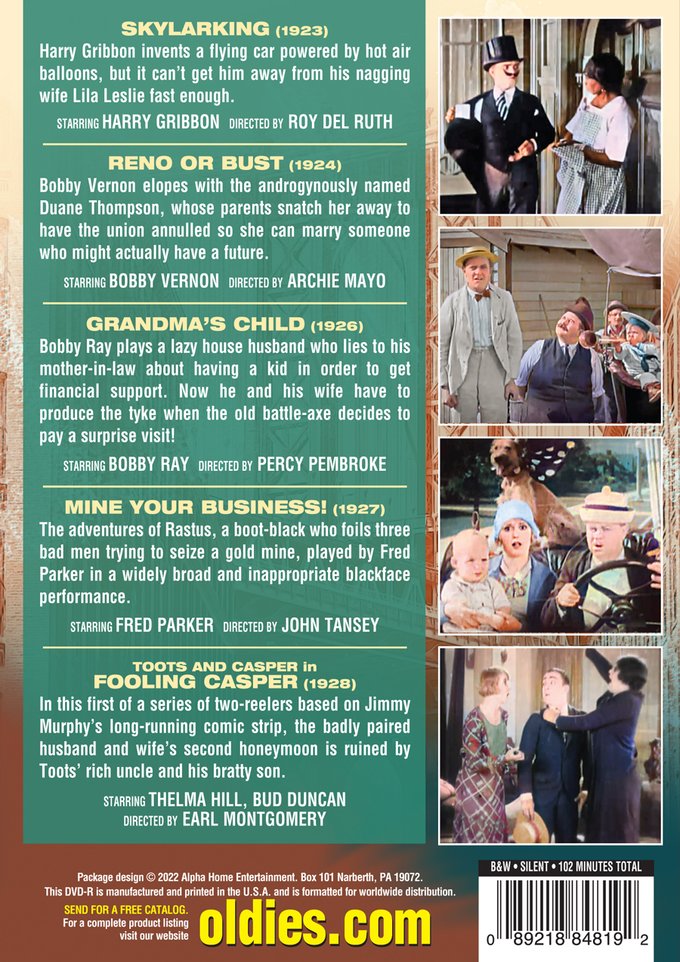 SKYLARKING (1923): Harry Gribbon invents a flying car powered by hot air balloons, but it can't get him away from his nagging wife Lila Leslie fast enough.

RENO OR BUST (1924): Bobby Vernon elopes with the androgynously named Duane Thompson, whose parents snatch her away to have the union annulled so she can marry someone who might actually have a future.

GRANDMA'S CHILD (1926): Bobby Ray plays a lazy house husband who lies to his mother-in-law about having a kid in order to get financial support. Now he and his wife have to produce the tyke when the old battle-axe decides to pay a surprise visit!

MINE YOUR BUSINESS! (1927): The adventures of Rastus, a boot-black who foils three bad men trying to seize a gold mine, played by Fred Parker in a widely broad and inappropriate blackface performance.

TOOTS AND CASPER in FOOLING CASPER (1928): In this first of a series of two-reelers based on Jimmy Murphy's long-running comic strip, the badly paired husband and wife's second honeymoon is ruined by Toots' rich uncle and his bratty son.