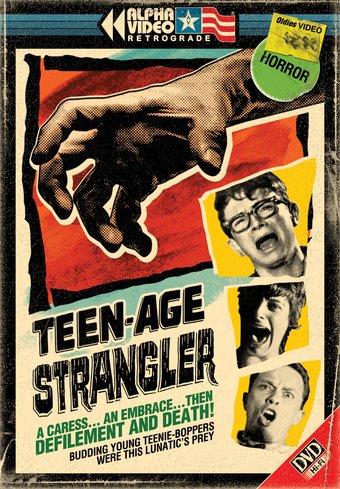 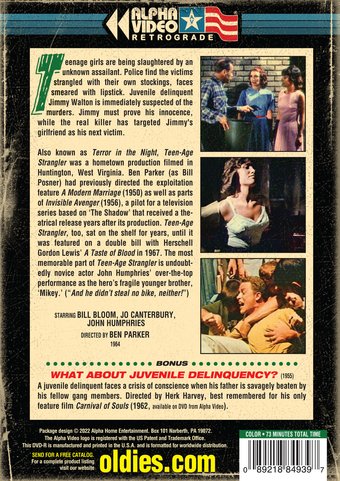 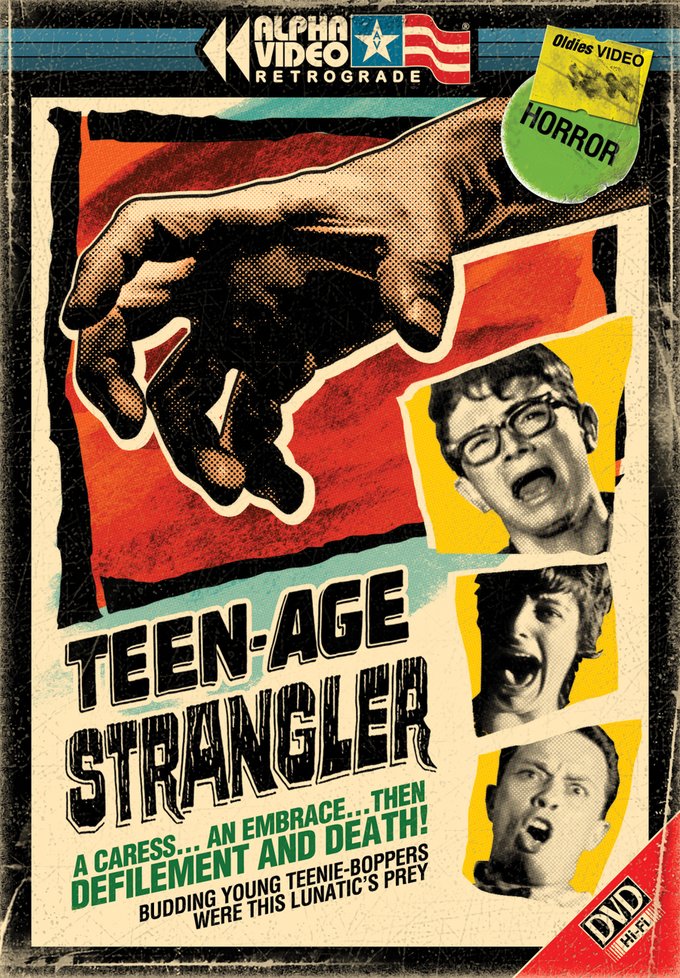 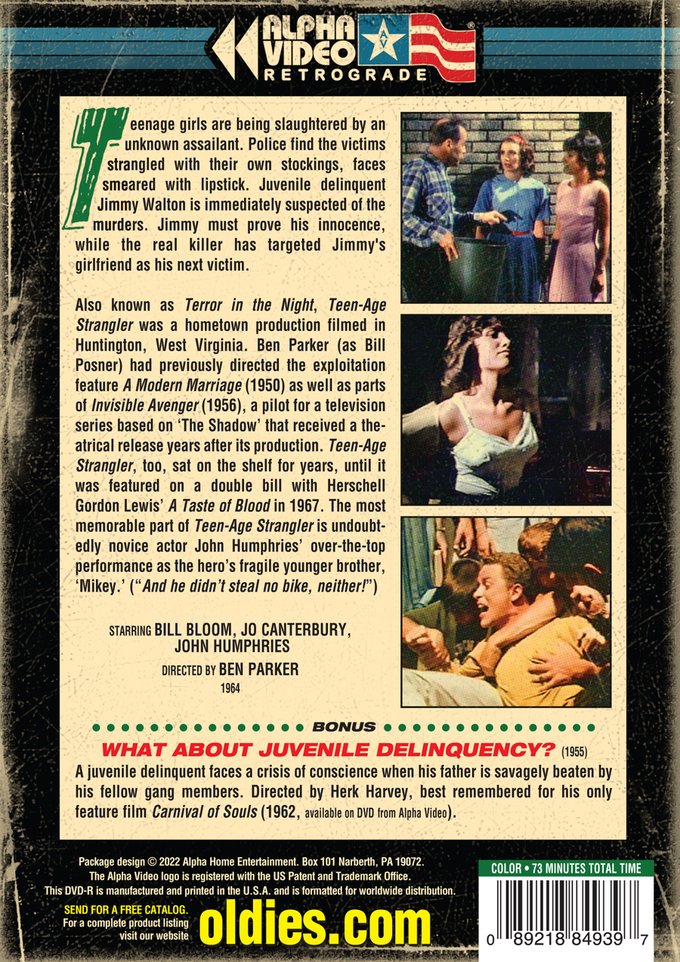 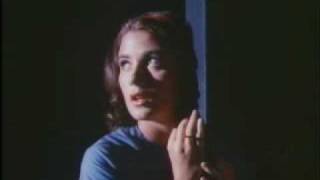 Teenage girls are being slaughtered by an unknown assailant. Police find the victims strangled with their own stockings, faces smeared with lipstick. Juvenile delinquent Jimmy Walton is immediately suspected of the murders. Jimmy must prove his innocence, while the real killer has targeted Jimmy's girlfriend as his next victim.

Also known as Terror in the Night, Teen-Age Strangler was a hometown production filmed in Huntington, West Virginia. Ben Parker (as Bill Posner) had previously directed the exploitation feature A Modern Marriage (1950) as well as parts of Invisible Avenger (1956), a pilot for a television series based on 'The Shadow' that received a theatrical release years after its production. Teen-Age Strangler, too, sat on the shelf for years, until it was featured on a double bill with Herschell Gordon Lewis' A Taste of Blood in 1967. The most memorable part of Teen-Age Strangler is undoubtedly novice actor John Humphries' over-the-top performance as the hero's fragile younger brother, 'Mikey.' ("And he didn't steal no bike, neither!")

BONUS: What About Juvenile Delinquency? (1955): A juvenile delinquent faces a crisis of conscience when his father is savagely beaten by his fellow gang members. Directed by Herk Harvey, best remembered for his only feature film Carnival of Souls (1962.)

The Thing That Couldn't Die
$19
Add to Cart