Too cool for words. 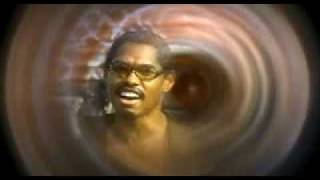 Taking a cue from Saturday Night Live, members of HBO's THE CHRIS ROCK SHOW make their first foray into the feature film arena with POOTIE TANG. Written and directed by SNL cowriter Louis C.K. and produced by Rock, the film reintroduces the character of Pootie Tang (Lance Crouther), an inner-city role model who has a speech impediment that makes him virtually impossible to comprehend. When corporate monster Dick Lecter (Robert Vaughn) learns that Pootie Tang's positive preaching is hurting the sales of his cigarettes, malt liquor, and fast food hamburger chains, he uses his sexy wife, Ireenie (Jennifer Coolidge), to lure Pootie Tang into signing an exclusive contract with him. This causes a Pootie Tang backlash, forcing him out of the inner-city, onto a farm, where he begins to accept his quiet new life. Luckily, his best friend, Trucky (J.B. Smoove), tracks him down in the nick of time, giving Pootie Tang the inspiration he needs to return to the city and reinstate order and optimism. More a series of loosely connected sketches than a straightforward story, POOTIE TANG nonetheless glides along smoothly, benefiting from appearances by some of America's funniest comedians--Rock, Andy Richter, David Cross, and Laura Kightlinger.