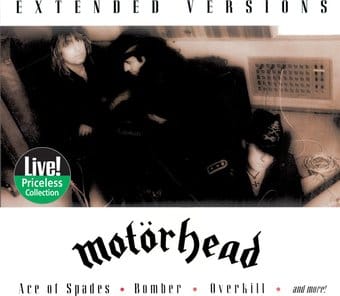 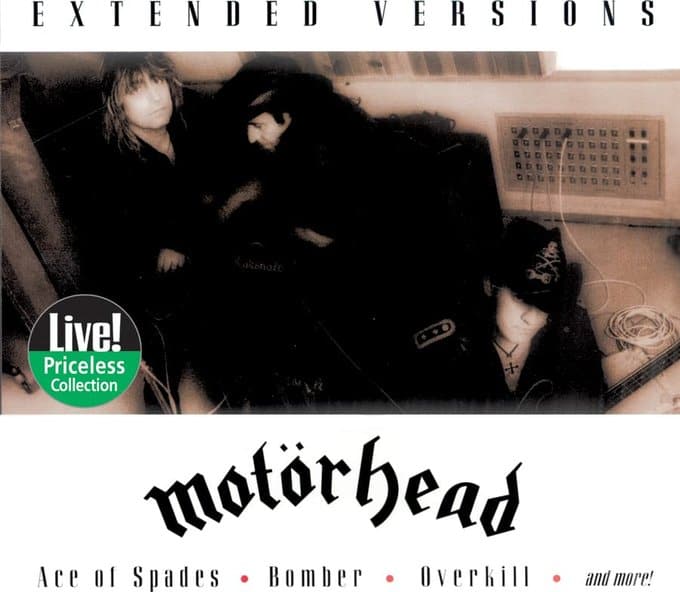 A budget-priced 10-track collection of extended live recordings from Motorhead.

Ever since the release of their 1981 release No Sleep 'til Hammersmith (one of heavy metal's all-time classic live albums, and a U.K. chart-topper), thrash metal pioneers Mot”rhead have been the subject of quite a few subsequent live sets, many of which appeared to be have been released without the approval of Lemmy and co. (1988's No Sleep at All, plus such archival releases as 1989's Blitzkrieg on Birmingham '77, 1997's King Biscuit Flower Hour, etc.). The 2002 Mot”rhead edition of the ongoing budget-priced Extended Versions series from BMG appears to fall in this category, as well. Comprised of ten tracks, the album features the group's latter-day lineup (Lemmy, Phil Campbell, Mikkey Dee) roaring through classics that will be extremely familiar to longtime fans: "Bomber," "Overkill," and "Ace of Spades," in addition to such oft-overlooked '80s nuggets as "Killed by Death" and "Orgasmatron." If you're looking for the definitive live versions of the majority of the songs here, No Sleep 'til Hammersmith is obviously the wiser choice. But if you want to hear more recent Mot”rhead proving that they can still thrash through their classics with fury, then Extended Versions is worth a listen. ~ Greg Prato