This is Benjamin. He's a little worried about his future. 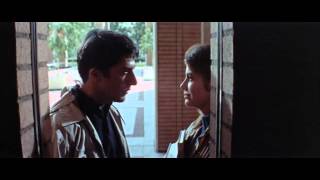 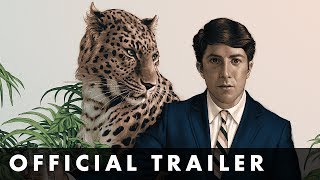 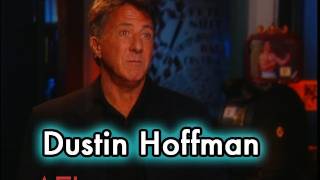 Dustin Hoffman on THE GRADUATE (Featurette) 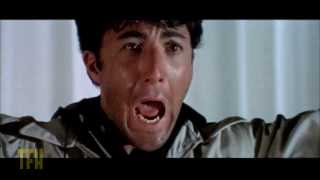 Neil LaBute on THE GRADUATE (Featurette) 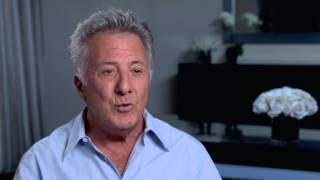 Dustin Hoffman on His Screen Test for THE GRADUATE (Featurette)

"I just want to say one word to you...just one word."--Mr. McGuire (Walter Brooke) to Benjamin Braddock (Dustin Hoffman)
"Yes, sir."--Ben
"Are you listening'"--Mr.McGuire
"Yes, sir. I am."--Ben
"Plastics."
- Mr. McGuire
"Don't you think that idea is a little half-baked'"--Mr. Braddock (William Daniels) to Ben
"Oh no, Dad, it's completely baked."
- Ben
"Mrs. Robinson, you're trying to seduce me."
- Ben to Mrs. Robinson (Anne Bancroft)
"Mrs. Robinson, you're trying to seduce me. Aren't you?"

Director Mike Nichols's THE GRADUATE is the satirical coming-of-age comedy that became an emotional touchstone for an entire generation. In the mid-1960s, Benjamin Braddock (Dustin Hoffman), a confused college graduate, is pulled in myriad directions by family, friends, and associates just days after receiving his degree. Seduced by Mrs. Robinson (Anne Bancroft), an older friend of the family, Ben carries on an affair with the married woman even as he falls for her daughter, Elaine (Katharine Ross). However, Ben and Elaine's attempts at romance are threatened by the spiteful rage of Mrs. Robinson, who proceeds to hastily arrange Elaine's marriage to someone else, leading up to one of the most memorable endings in cinema history.

With its striking photography and clever editing, THE GRADUATE established Nichols as a major director. The film also made a star out of young Hoffman, who gives an understated portrayal of the perplexed Ben--the actor's first role in a Hollywood film, which he almost didn't get because he wasn't Waspy enough. Outstanding performances by the rest of the cast are highlighted by Bancroft's sexy, embittered turn as Mrs. Robinson and Ross's endearing presence as the gorgeous yet innocent Elaine. The film's impact on popular culture is immeasurable: "Plastics" will live on eternally as depressing but solid career advice, and older women will never eye younger men without fear of becoming a "Mrs. Robinson." Buck Henry (who appears briefly in the film) cowrote the influential screenplay, based on the novel by Charles Webb, and the soundtrack by Simon and Garfunkel remains a movie classic.

Dustin Hoffman is the college graduate who has an affair with a married woman (Anne Bancroft) but falls in love with her daughter (Katharine Ross).