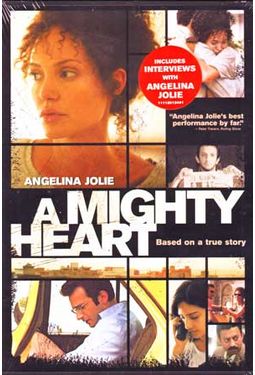 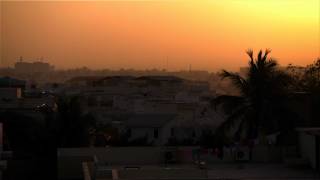 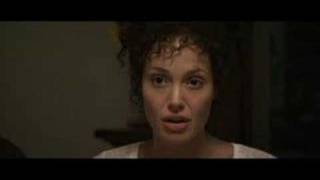 Prolific director Michael Winterbottom (24-HOUR PARTY PEOPLE) takes an unusual turn by helming A MIGHTY HEART--a studio picture starring none other than Angelina Jolie. Jolie stars as Mariane Pearl, the widow of WALL STREET JOURNAL reporter Daniel Pearl. Daniel was kidnapped and executed in Pakistan in 2002, and Winterbottom's film centers on the frantic activities leading up to his death. Fellow journalist Mariane revs into action as soon as the disappearance of her husband is announced, calling on the FBI and experts in terrorism to help in the desperate search. With the media circling around the story like hawks, Mariane endures a very public display of grief, and her plight is perfectly captured by the unlikely alliance of Winterbottom and Jolie. The film was shot mostly in Karachi and uses locations that Daniel was known to have visited, adding a heady dose of authenticity to the proceedings. Winterbottom uses shaky, hand-held cameras, which add to the feeling of chaos as multiple organizations descend on Pakistan in the quest to find Daniel; fortunately the director uses some much-needed on-screen captions to make sure viewers are up to speed on who everyone is. A MIGHTY HEART is tough, emotional viewing that will be challenging (yet rewarding) for many audiences, even those who are already familiar with this heartbreaking story.

Life or Something Like It
$2.99 on Sale
Add to Cart

60%off
Towards Darkness (Spanish Version)
$3.98 on Sale
Add to Cart

From Here to Eternity (DVD)
$12.60 Super Savings
Add to Cart