One More for the Fans (2-CD+DVD)
by Various Artists 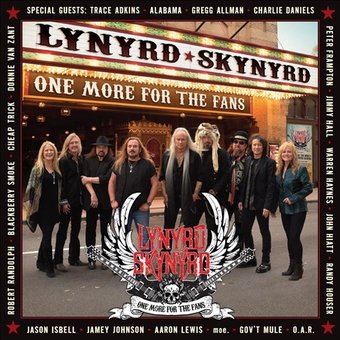 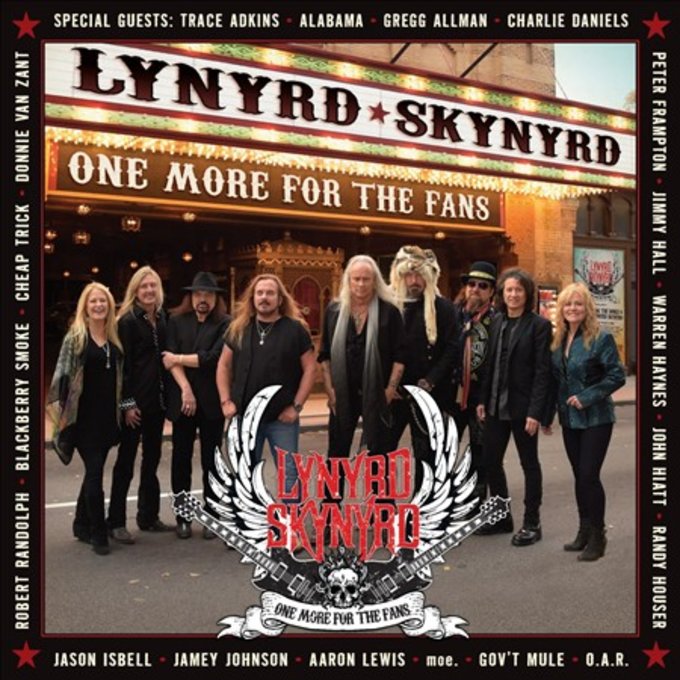 Audio Mixer: Ben Fowler.
Director: Justin Kreutzmann.
Editor: Brian McCue.
Capturing a tribute concert held on November 12, 2014 at the Fox Theatre in Atlanta, Georgia, the double-disc One More for the Fans is studded with Southern rock stars, along with a bunch of country acts, bluesmen, Cheap Trick, and John Hiatt. The whole thing culminated with Skynyrd coming out for the close -- the headlines came from Johnny Van Zant duetting with footage of a departed Ronnie on the big screen but the closing "Free Bird" and "Sweet Home Alabama" worked better -- but this is best heard as a ragged tribute by acts that either play it straight or enjoy getting a little rowdy with the legacy. Jamey Johnson picks an obscurity in "Four Walls of Raiford" but this pretty much consists of the basic canon, which is by no means a complaint, particularly when Randy Houser tears into "Whiskey Rock-A-Roller," Blackberry Smoke beefs up "Workin' for MCA," and Jason Isbell swings on "I Know a Little." Maybe this isn't a flat-out classic but anybody who's enjoyed Skynyrd over the years will find something to enjoy here. ~ Stephen Thomas Erlewine