In this musical remake of "The Woman," a happily married singer lets her catty friends convince her to file for divorce. 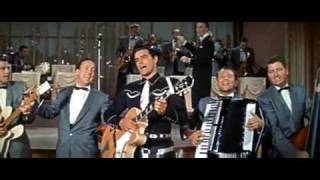 "I've waited a whole year to grow claws like these. Jungle Red!" One of film's greatest lines belongs to a wronged wife who wins back her man with the aid an aggressive shade of nail polish. First a hit play, then an all-star 1939 movie (and again in 2008), The Women resurfaces here as the musical The Opposite Sex, complete with an all-star cast, lines dipped in acid wit, big production numbers and fabulous '50s couture in scintillating CinemaScope. June Allyson portrays the betrayed woman. Joan Collins is the siren who steals her husband. Dolores Gray, Ann Sheridan, Ann Miller, Agnes Moorhead, Charlotte Greenwood and Joan Blondell are assorted gal pals (true blue and envy green) who convince their demure friend to paint her claws - then use them.

Musical remake of "The Women" is a tale of spoiled wives running a little short on passionate interludes with their husbands.

Musical remake of 1939's "The Women", involving a diverse group of alluring women interested in the best way to catch and keep members of the male species. As a result, one of the lasses who has lost her guy to a vamp decides to become a femme fatale in order to win him back. Will it work'