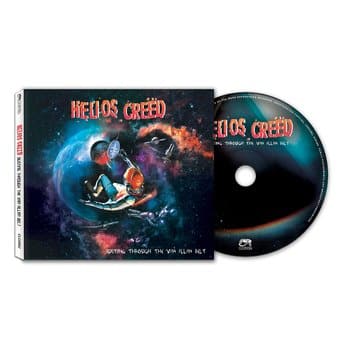 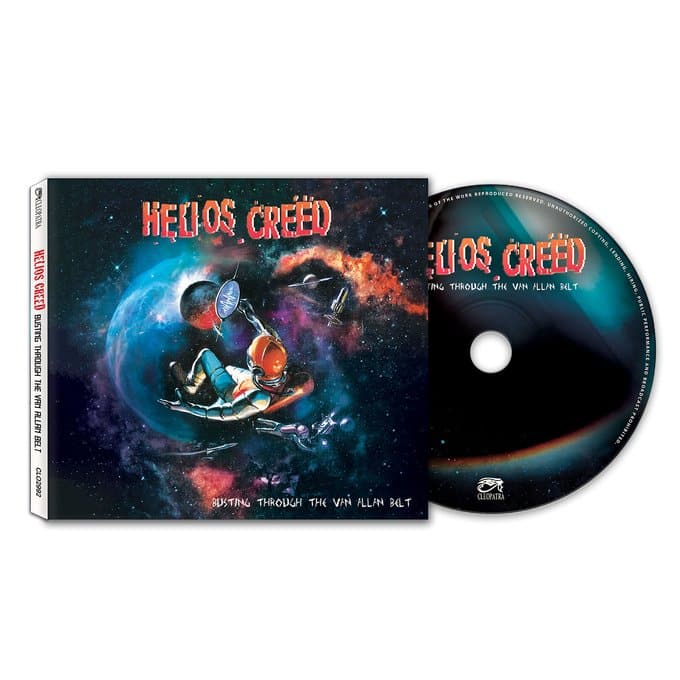 Personnel includes: Helios Creed (guitars, vocals), Del Dettmar, Weiss.
As Creed continues on with his peripatetic career, some of the stuff that looked initially groundbreaking about his work almost seems quaint; thus, for instance, the weirdly cheesy art combination on the front cover and the pulp sci-fi illustrations elsewhere. All this said, Busting is still more Creed doings for Creed people, though this effort is a decidedly mixed bag. Consisting of a variety of different sessions, studio and live, rather than one unified album, it's more a catch-all of Creed trying out this and that with various different folks. The first four tracks are the studio cuts, all recorded with sometime sideperson Z Sylver on synths at a Hawaiian studio. The most notable thing about them is actually a negative point: Creed himself creates the percussion this time out via drum machines and loops. The too-clinical approach doesn't really mesh with the warm and weird wash of usual guitar and vocal noise all too well, though the tempo shifts on "Screamer" and the squelchy effects on "Alien Lady" help some. "Hyperventilation" introduces the live cuts and darn well at that; it's Creed mostly backed up by Nik Turner's touring band, including fellow Hawkwind refugee Del Dettmar. It's quick but a great monster stomp, with Turner's sax playing and Dettmar's freaky synth work perfectly suited to the affair. "Late Bloomer" and "Lactating Purple" feature Creed's own then-touring lineup doing the high volume honors from a Swiss date, while the final two tracks have Creed with longtime Rollins Band bassist Andrew Weiss and his drummer brother Jon having fun with a live-in-studio jam. "Drowning Sin" is a long number, with Creed feeding his vocals through distortion while happily doing the massive solo/drone thing throughout the increasing pace, while "Bubble Butt," goofy title aside, cranks up the volume and lets fly. ~ Ned Raggett

Helios Creed
On the Dark Side of the Sun
$18.40 Super Savings
Add to Cart