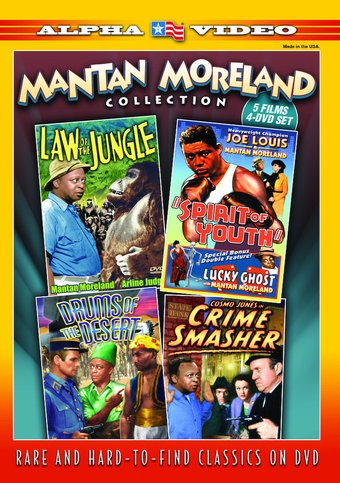 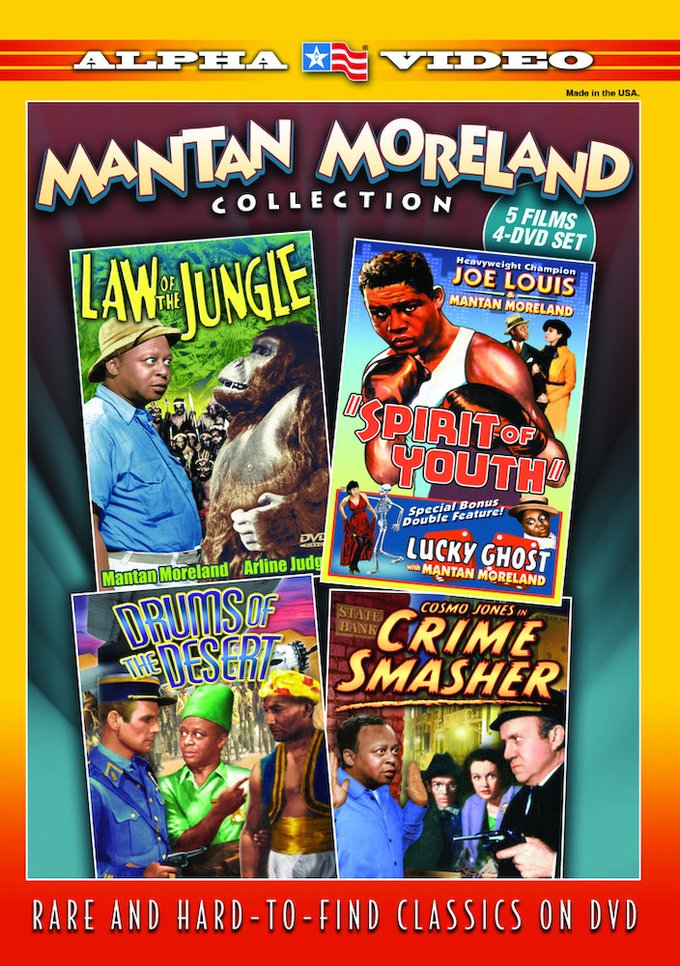 Five movies featuring the beloved black comedian, best known for playing 'Birmingham Brown'in the Charlie Chan film series, without his frequent co-star Frankie Darrow. Includes 'Spirit of Youth'(1938), 'Drums of the Desert'(1940), 'Lucky Ghost'(1941), 'Law of the Jungle'(1942) and 'Cosmo Jones, Crime Smasher'(1943).
This product is made-on-demand by the manufacturer using DVD-R recordable media. Almost all DVD players can play DVD-Rs (except for some older models made before 2000) - please consult your owner's manual for formats compatible with your player. These DVD-Rs may not play on all computers or DVD player/recorders. To address this, the manufacturer recommends viewing this product on a DVD player that does not have recording capability.