Mama's Family mined humor from a squabbling family in the Midwestern blue collar suburb of Raytown. The noisy clan was headed by Mama, a buxom, gray-haired widow with sharp opinions and a sharper tongue who shared her small house with her high-strung sister Fran, a journalist for a local paper. Mama's lazy, dimwitted son, Vint, a locksmith by trade, moved in at the start of the series with his troublesome teenage children, Buzz and Sonja, after his wife run off to become a Las Vegas show-girl. Much to Mama's disgust, Vint soon took up with the flirtatious neighbor Naomi. The two where married in early 1983, and Naomi moved in too. Further uproar was caused by the periodic visits from Mama's two married daughter's, the foul mouthed Eunice and the snobbish Ellen. Ed was Eunice's Dolt of a husband. In the Fall of 86 Mama's Family returned to TV in first-run syndication. Fran had recently passed (Rue McClanahan was now starring in The Golden Girls) and Ed and Eunice had moved to Flor 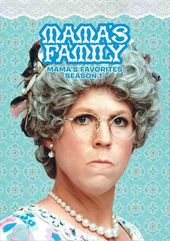 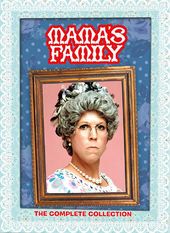