Prior to the beginning of the series, the villainous Doctor Doom, in pursuit of universal domination, attempts to acquire the limitless reality-bending power of the "Infinity Sword". He is stopped by Iron Man, but as a consequence of their battle, the sword is shattered into numerous "fractals" that rain down on Superhero City. As the series begins, Doctor Doom has forged alliances with just about every supervillain, forming the Lethal Legion in order to hunt down the scattered fractals, each of which possess dangerous and different powers of their own. Doom's forces, including his two primary henchmen M.O.D.O.K. and the Abomination, dwell in Villainville, which is separated from Superhero City by a giant wall erected at the start of the series premiere. Once again opposing Doom's plan is Iron Man, now leading the elite team known as the Super Hero Squad, consisting of Falcon, Hulk, Silver Surfer, Thor, and Wolverine. The Superhero Squad are headquartered in the S.H.I.E.L.D. helicarrier, and are frequently aided in their defense of Superhero Ciity by their superhero friends, including their boss Captain America, rookie "Squaddie" Reptil, S.H.I.E.L.D. leader Ms. Marvel, and many, many more! 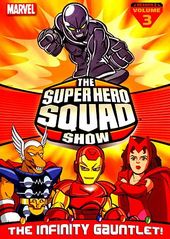 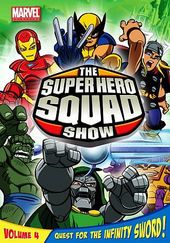 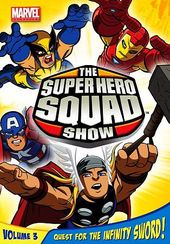 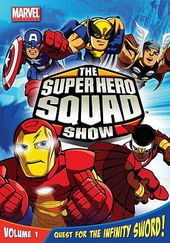 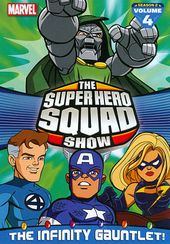