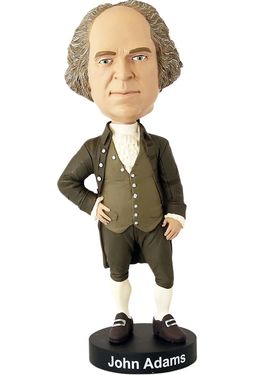 John Adams was a Founding Father and the second President of the United States, after serving as the first vice president under George Washington for two terms. He was a primary leader in the fight for U.S. independence and freedom, and fought tirelessly to achieve this achieve this end, despite great sacrifice and grave risks. His efforts were instrumental to the realization of the creation and independence of our new nation.