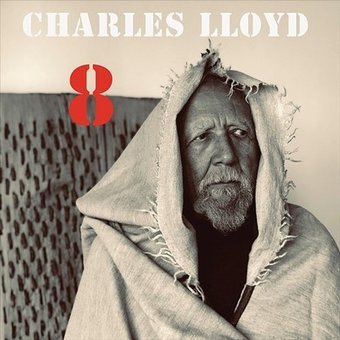 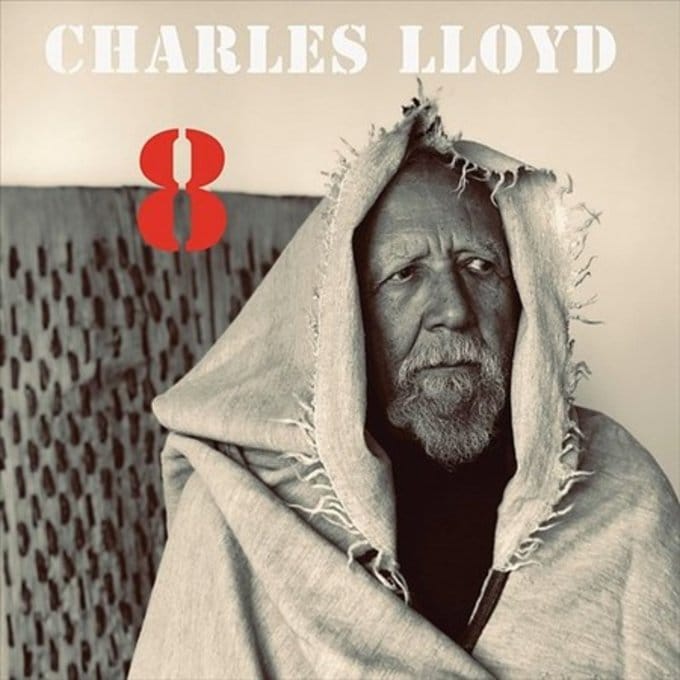 Saxophonist and composer Charles Lloyd celebrated his 80th birthday in 2018. His wife and manager Dorothy Darr decided to commemorate it with a series of shows that would, in and of themselves, be remarkable celebrations. 8: Kindred Spirits Live at the Libero was cut at the 150-year-old Libero Theater in Santa Barbara on March 15 (his actual birthday). Lloyd was in the company of a stellar band that included longtime drummer Eric Harland, and more recent companions pianist Gerald Clayton, bassist Reuben Rogers, and guitarist Julian Lage. He was joined during the second set by organist Booker T. Jones and Blue Note boss Don Was. The full show was released as an expensive, limited-edition package that included three LPs, two compact discs, and a DVD of the entire performance, along with a whopping 96-page hardcover book and a pair of photo prints. This standard version contains both an audio disc and a DVD (or a pair of LPs) and a visual disc that features the concert's first set sans guests, but it's quite strong on its own.
It opens with Lloyd's biggest "hit," a 20-plus minute version of "Dream Weaver," originally recorded in the mid-'60s. Its first five minutes are spent in warm yet abstract improvisation; Lloyd engages sound more than song. Clayton's ostinato ring & roll prompts Lage to deliver tight arpeggios atop Rogers' modal bass and Harland's intricate cymbal and snare play. At five minutes, Lloyd delivers a mantra-like phrase three times then engages the tune's melody. The band finds it quickly and settles into a simmering, song-like exchange; all players wind through and around one another, taking turns soloing before returning to the lucid groove. "Requiem," issued on Notes from Big Sur in 1992, finds the saxophonist delving deeply into the blues in both the intro and his solo, while Lage delivers a shadowy exercise in post-bop's scalar harmonics. The Mexican folk standard "La Llorona" has been with Lloyd since the beginning, though he didn't cut it in the studio until 2016. The frontline of Clayton (who at times gets his piano to sound like a marimba) and Lage offers a quiet drama and tension like a spell, until Harland sets it all free with his consummate fills and accents. The saxophonist enters at 5:33 and moans through his own lyric statement of the theme, adding whispers and wails, and turning it into an emotional watershed, especially when he quotes form "'Round Midnight." The closer, "Part 5: Ruminations," is a relatively new tune. Its early minutes are spent in improvisation, with Lloyd touching on mentors Coltrane, Rollins, Ben Webster, and Coleman Hawkins before Lage and Clayton push into the melody and swing it as Rogers states the groove. There are duo improvs between Lloyd and Lage (the latter's solo is magnificent), the guitarist and Clayton; Harland and Lloyd; Rogers and Lloyd, etc. At over 18 minutes, it is at once exploratory and accessible. This edition comes with its own 40-page hardbound book of photos that include stirring moments of now-absent figures from Lloyd's long life: pianist Michel Petrucciani, guitarist John Abercrombie, and drummer Billy Higgins. Arguably, this edition of 8: Kindred Spirits, though only a first set, is one of Lloyd's strongest live offerings to date. ~ Thom Jurek