Two best friends throw the most bodacious beach party ever to win the hearts of bikini-clad babes./An outrageous collection of satirical sketches all revolving around flatulence, with an all-star cast. 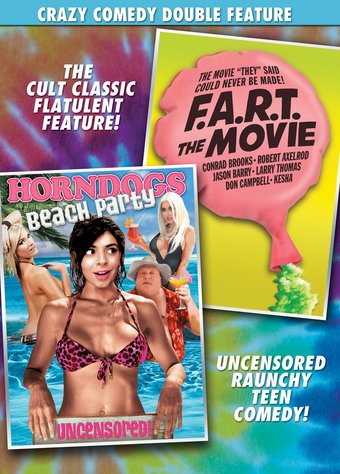 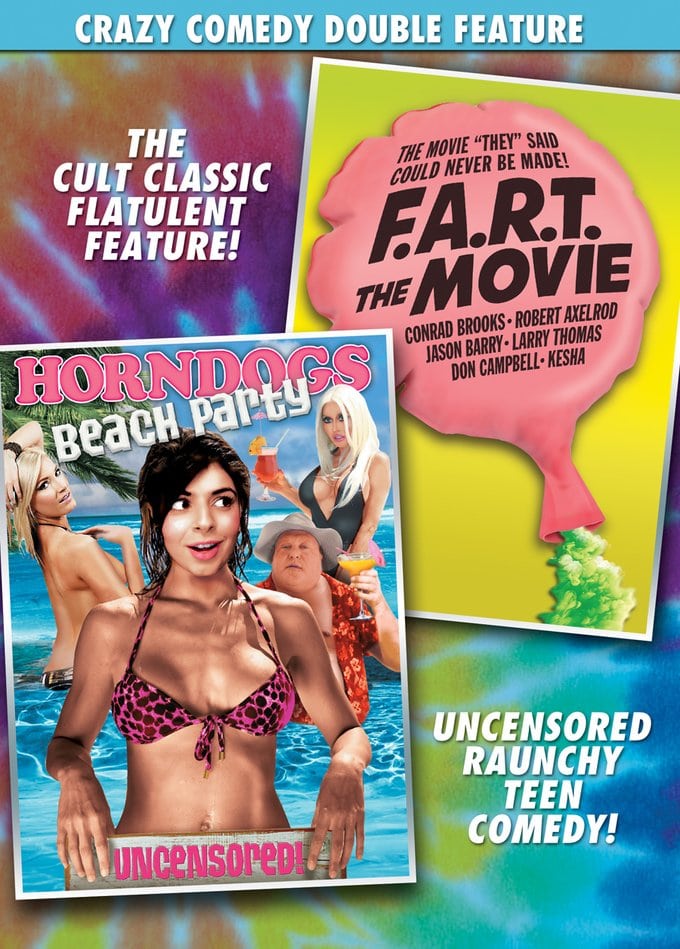 HORNDOGS BEACH PARTY (2018): Two best friends rent a beach house for the weekend only to discover that it's already occupied... by two drop-dead gorgeous babes! Not satisfied with spying on the ladies in their double-D bras, the wannabe Romeos pull out all the stops to impress them by throwing the greatest weekend-long party ever... the epic 'Horndogs Beach Party!' Meanwhile a nosey neighbor and some jealous jocks have sabotage on their minds, meaning the party may end before the wet t-shirt contest can even begin!

Horndogs Beach Party is independent filmmakers Henrique Couto and Dustin Ferguson's loving tribute to USA Up All Night, the USA Network's weekend block of raunchy teen comedies from the 80s and 90s. It even has its own host in the style of Rhonda Shearer, the BDSM-obsessed 'Sister Sadie.' Horndogs Beach Party is presented completely uncensored! Featuring scream queen Brinke Stevens and Dawna Lee Heising (Samurai Cop 2: Deadly Vengeance).

F.A.R.T. THE MOVIE (1991): The movie "they" said could never be made! Russell is a young man with two passions: farting and watching television. His girlfriend, Heather, hates both those things. She worries if they ever allow farting on television, he'll never leave the house. One evening Russell sits down in front of the TV and lo and behold, everything has become fart-related, from the sitcoms and commercials, to the newscasts and game shows! If Russell can't rip himself away from the television to attend a swanky soirée, he and Heather's love will blow away like farts in the wind.