Daisy Derkins and the Dinosaur Apocalypse

Dinosaurs, wrestlers, and the occult collide in the greatest sci-fi/horror/action comedy ever produced in Philadelphia, starring WWE Wrestling Legend and Hall of Famer Nikolai Volkoff in his final film role. 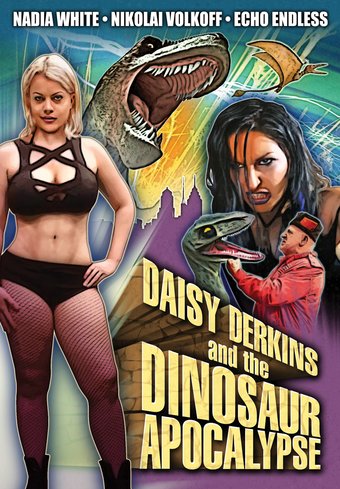 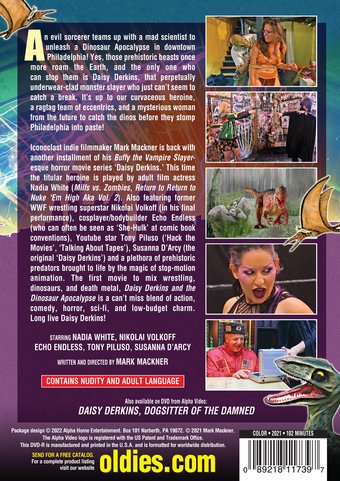 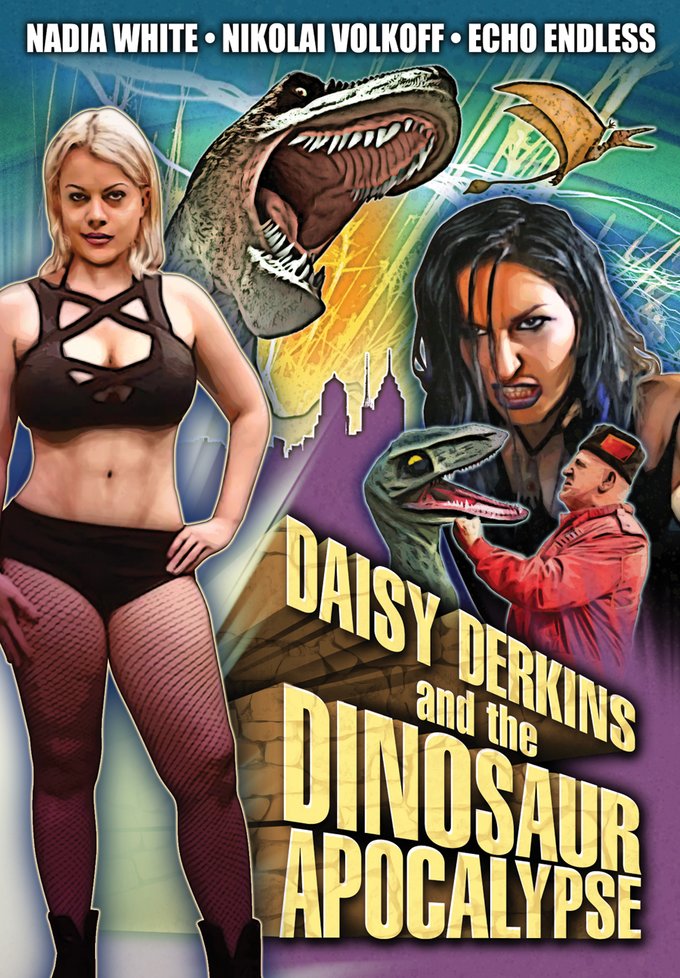 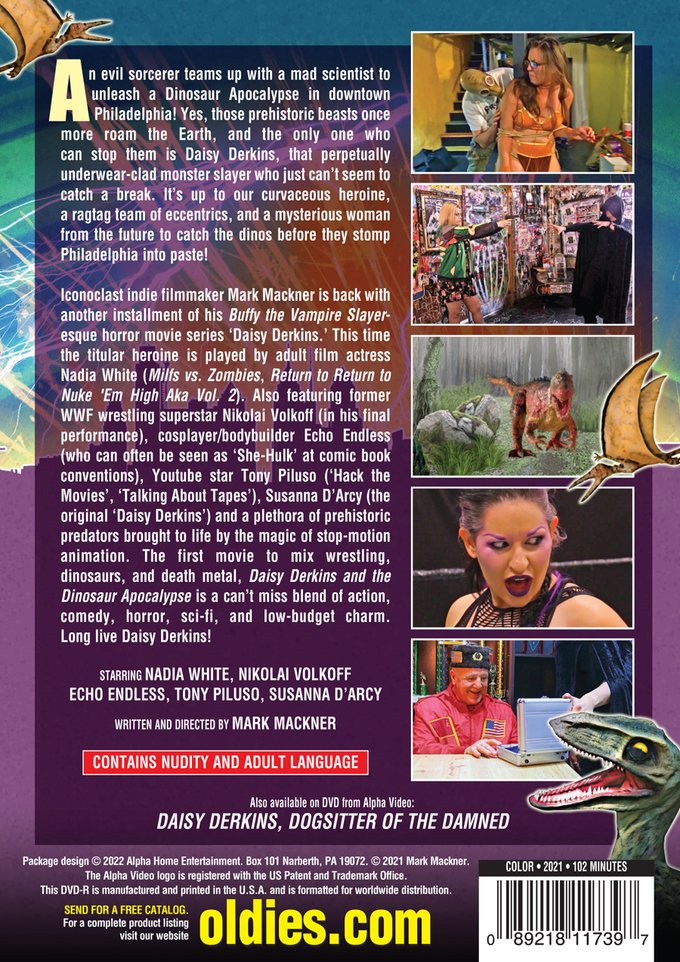 An evil sorcerer teams up with a mad scientist to unleash a Dinosaur Apocalypse in downtown Philadelphia! Yes, those prehistoric beasts once more roam the Earth, and the only one who can stop them is Daisy Derkins, that perpetually underwear-clad monster slayer who just can't seem to catch a break. It's up to our curvaceous heroine, a ragtag team of eccentrics, and a mysterious woman from the future to catch the dinos before they stomp Philadelphia into paste!

Iconoclast indie filmmaker Mark Mackner is back with another installment of his Buffy the Vampire Slayer-esque horror movie series 'Daisy Derkins.' This time the titular heroine is played by adult film actress Nadia White (Milfs vs. Zombies, Return to Return to Nuke 'Em High Aka Vol. 2.) Also featuring former WWF wrestling superstar Nikolai Volkoff (in his final performance), cosplayer/bodybuilder Echo Endless (who can often be seen as 'She-Hulk' at comic book conventions), Youtube star Tony Piluso ('Hack the Movies', 'Talking About Tapes'), Susanna D'Arcy (the original 'Daisy Derkins') and a plethora of prehistoric predators brought to life by the magic of stop-motion animation. The first movie to mix wrestling, dinosaurs, and death metal, Daisy Derkins and the Dinosaur Apocalypse is a can't miss blend of action, comedy, horror, sci-fi, and low-budget charm. Long live Daisy Derkins!