On Location with George Kirby 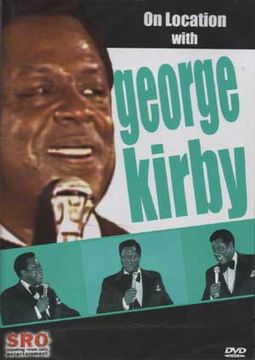 The man of many talents. This best describes George Kirby, as presented in this late 1970's HBO presentation. Filmed at the famed Grossinger's Hotel in the Catskills in upstate New York, Kirby showcases his talents with a bravura of impressions, song style comedy routines and piano performance. His impressions of everyone from Sarah Vaughan to Marlon Brando are spot on and keep the audience wanting more. His multiple talents are nothing short of astonishing. If you only knew George Kirby from shows like "The Kopycats", and his many appearances on variety and game shows, you're in for a rare treat in this program featuring a truly versatile entertainer.

A comedian known for breaking down barriers, George Kirby was one of the first African-American comedians to gain acceptance in America. Kirby slowly made his way into the mainstream with appearances on TV shows such as THE TONIGHT SHOW and THE DEAN MARTIN SHOW in the 1960s, and consolidated his fame in the '70s with regular touring and several specially-commissioned TV shows of his own. One of these is presented here, with Kirby working his way through a variety of uproarious songs, impressions, and comedy routines at Grossinger's Hotel in upstate New York.

When the Day Is Done: The Orchestrations of Robert Kirby
$16.30
Add to Cart