At last — the first disaster movie where everybody dies (laughing). 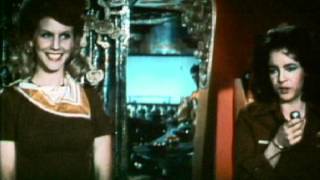 A star-studded cast headlines this outlandish spoof on disaster films in which a gigantic nuclear powered bus--containing a swimming pool, a bowling alley, and a piano bar--and goes out of control and nearly crashes while making a coast-to-coast journey. With a cannibalistic driver (Joseph Bologna) and an oil company man who is working overtime to sabotage the bus, the passengers (Stockard Channing, Richard Mulligan, Ruth Gordon, Rene Auberjonois, and more) assured a bumpy ride. Director James Frawley's (TV's The Monkees) is an obvious influence on 1980's AIRPLANE!.

There's a new bus on the road -- it's nuclear powered and the highest of high-tech. Only problem is, one of the drivers of this supermodern vehicle has a slight tendency to lose consciousness from time to time...
A star-filled spoof of disaster flicks.

Action | Disaster | Spoof | Theatrical Release
This product is made-on-demand by the manufacturer using DVD-R recordable media. Almost all DVD players can play DVD-Rs (except for some older models made before 2000) - please consult your owner's manual for formats compatible with your player. These DVD-Rs may not play on all computers or DVD player/recorders. To address this, the manufacturer recommends viewing this product on a DVD player that does not have recording capability.