32K ratings
Currently Out of Stock: We'll get more as soon as possible
Notify Me When Available
Add to Wishlist
Format:  DVD-R
sku:  72DR3
Also released as:
Lymelife for $4.78
92% recommend us! 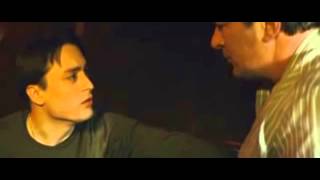 Rory Culkin (MEAN CREEK) stars in the coming-of-age drama LYMELIFE. Set in 1970s Long Island, the film has a WONDER YEARS feel with its friendly spats between brothers and a major crush on the all-American girl next door. As 15-year-old Scott, Culkin shares the screen with real-life brother Kieran Culkin, whose character, Jimmy, is just returning home on a break from the army. While Scott pines for his best friend, Adrianna (Emma Roberts), his family slowly unravels all around him. Alec Baldwin delivers a predictably solid performance as Scott's meandering, sometimes heartless dad, but this role feels quite similar to ones we've seen him play in the past. Jill Hennessy is well-cast as Scott's weary mother, as are Cynthia Nixon playing against type as a ditzy housewife, and Timothy Hutton as her Lyme-diseased husband. While their parents sloppily mess their way through the world of marriage and affairs, Scott and Adrianna explore a more genuine kind of romance.

It is the young cast members who really shine, with Rory Culkin driving the film's emotional core. More than five years since starring in IGBY GOES DOWN, Kieran Culkin shows a new maturity here. The real-life brothers display true chemistry (thanks in part to on-screen improvisation), and Roberts is charming as Adrianna. The joint effort of brothers Derick and Steven Martini, LYMELIFE was penned, directed, and produced by the brother pair, who wrote the script about their own teen years. Artful cinematography and a classic soundtrack come together in capturing the easily lost wonder of youth.

Coming Of Age | Family Interaction | Young Love | Brothers | Family Relations | 1970s
This product is made-on-demand by the manufacturer using DVD-R recordable media. Almost all DVD players can play DVD-Rs (except for some older models made before 2000) - please consult your owner's manual for formats compatible with your player. These DVD-Rs may not play on all computers or DVD player/recorders. To address this, the manufacturer recommends viewing this product on a DVD player that does not have recording capability.

47%off
The Private Lives of Pippa Lee
$7.98 Spring Sale
Add to Cart