Kay Francis plays an aging gold-digger who finds that love may be waiting for her when the jig is finally up. 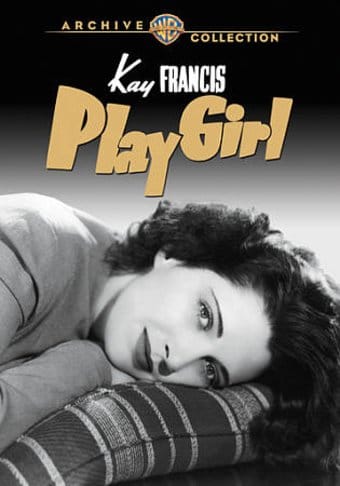 In this edgy comedy that squeaked past the production code, Kay Francis returns to her roles of yore, playing an aging gold-digger. Grace Herbert gets by romancing men just long enough to land a hefty 'breach of promise' suit. When her latest fall-boy's old man runs her out of town before she can hook him, Grace takes it on the lam and heads down south. Realizing her better days are behind her, she takes on a protege (Mildred Coles), mentoring her in the finer arts of coquetry and courtship. Grace's young student is a fast learner (and how!) and is soon raking in money from wealthy suckers. But when Grace's young apprentice falls in love with a handsome Texan, she abandons her ways -- only for Grace to discover the Texan is worth millions. Can Grace stir her away from the straight and narrow before the golden goose heads back to Texas?

A very young Loretta Young stars in this domestic drama in which a naïve department store clerk falls for an inveterate gambler. The clerk, Buster Green, falls in love with handsome Wallie Dennis (Norman Foster) at a dance and marries him after a whirlwind romance. But their wedded bliss is ruined by Wallie's gambling habit and a pregnant Buster is forced to return to the Mayfield Department Store counter. In an effort to salvage her crumbling marriage, Buster plays on a dark horse to win the Big Race but is cheated out of her prize by unscrupulous bookie Martie Happ (Noel Madison). An angered Wallie picks a fight with Happ and is arrested by the police. Buster, meanwhile, delivers a baby girl and Wallie, who has been released due to the happy circumstances, bets that their next child will be a boy.

Melodrama | Gambling
This product is made-on-demand by the manufacturer using DVD-R recordable media. Almost all DVD players can play DVD-Rs (except for some older models made before 2000) - please consult your owner's manual for formats compatible with your player. These DVD-Rs may not play on all computers or DVD player/recorders. To address this, the manufacturer recommends viewing this product on a DVD player that does not have recording capability.