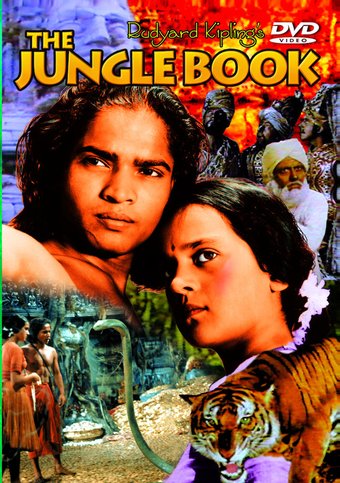 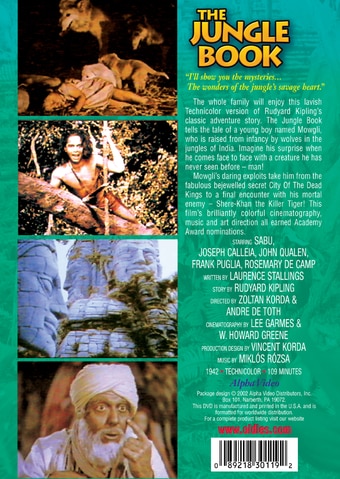 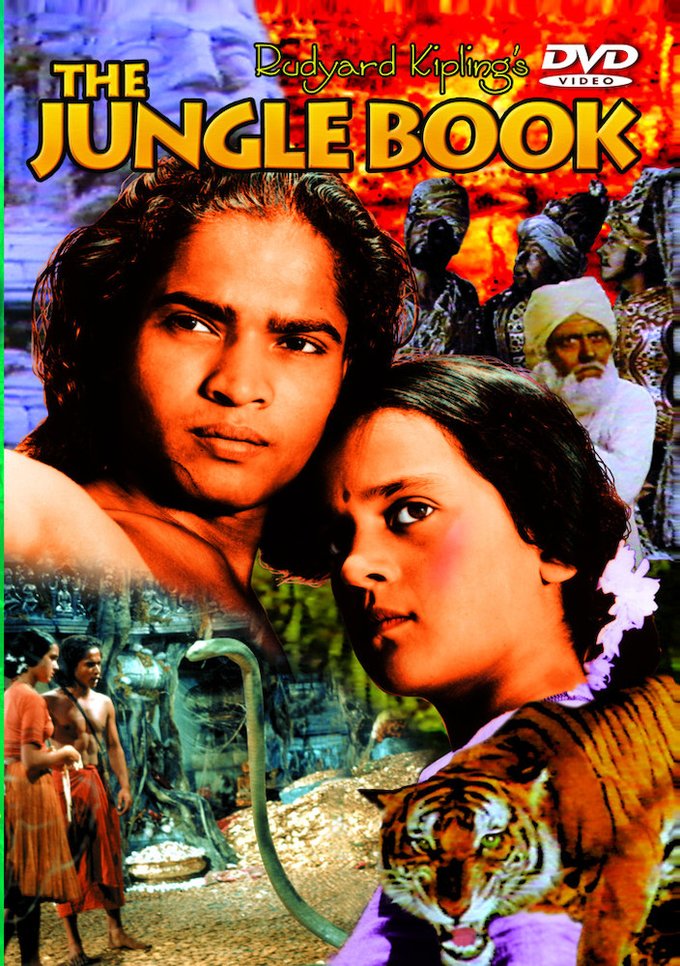 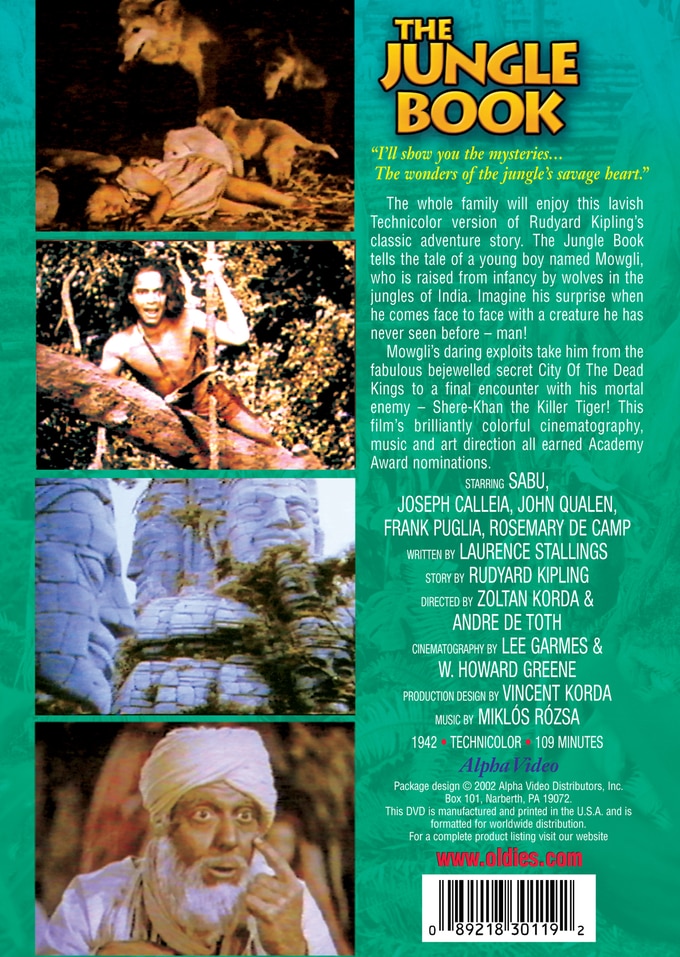 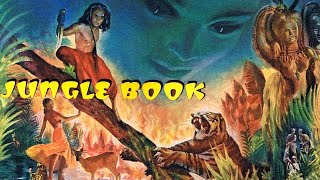 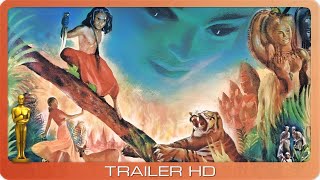 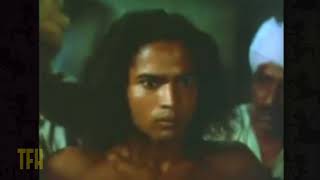 The whole family will enjoy this lavish Technicolor version of Rudyard Kipling's classic adventure story. The Jungle Book tells the tale of a young boy named Mowgli, who is raised from infancy by wolves in the jungles of India. Imagine his surprise when he comes face to face with a creature he has never seen before - man!

Mowgli's daring exploits take him from the fabulous bejewelled secret City Of The Dead Kings to a final encounter with his mortal enemy - Shere-Khan the Killer Tiger! This film's brilliantly colorful cinematography, music and art direction all earned Academy Award nominations.

Rudyard Kipling's classic tale of a jungle boy raised by wolves is brought to the screen with all the swashbuckling excitement of the great book. This film version garnered four Academy Award Nominations, including Best (Black-and-White) Cinematography.

Rudyard Kipling's classic story of Mowgli, the baby boy abandoned in the jungle, and found by a panther who takes the child to a family of wolves, who will keep him safe, well-cared for and loved.
But when a vicious tiger comes around threatening the boy, it becomes clear that the child must leave the animal kingdom and find his place among a species he has never known: human beings.

Action | Adventure | Classic | Vintage | Animals | Jungle | Essential Cinema
This product is made-on-demand by the manufacturer using DVD-R recordable media. Almost all DVD players can play DVD-Rs (except for some older models made before 2000) - please consult your owner's manual for formats compatible with your player. These DVD-Rs may not play on all computers or DVD player/recorders. To address this, the manufacturer recommends viewing this product on a DVD player that does not have recording capability.