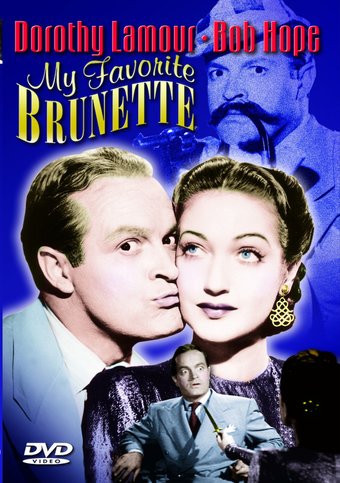 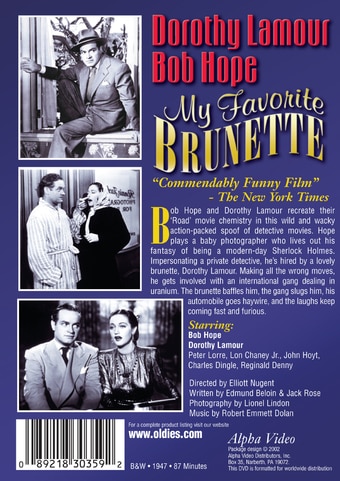 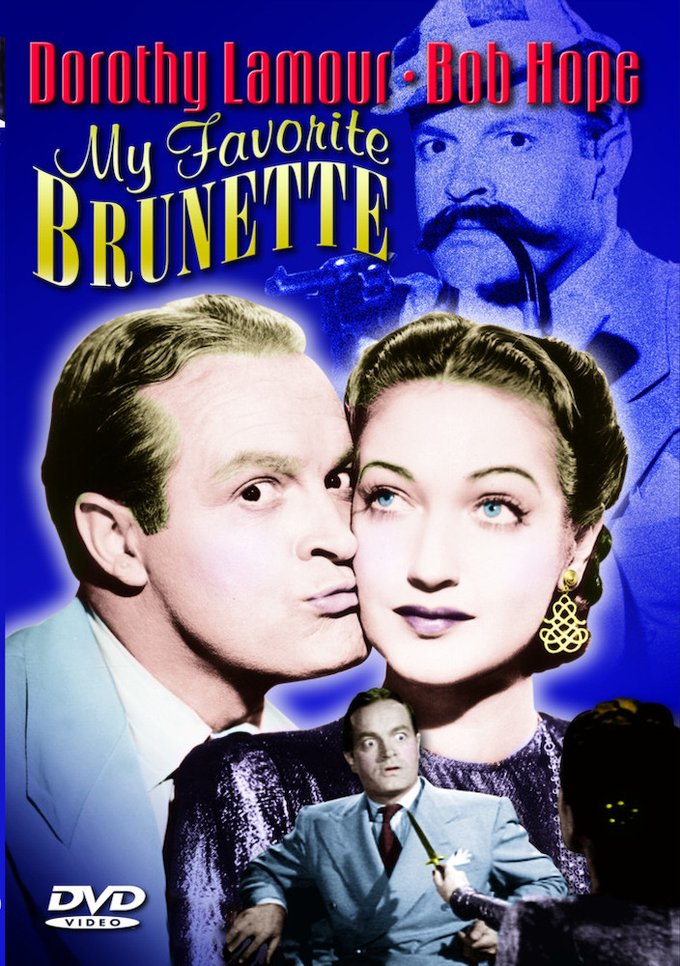 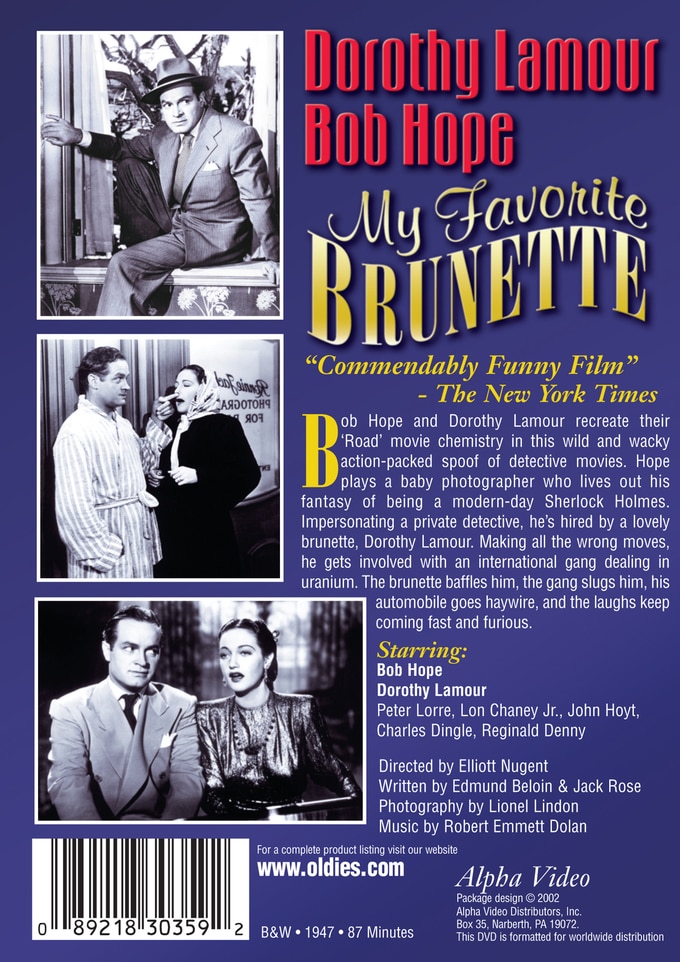 Bob Hope and Dorothy Lamour recreate their Road movie chemistry in this wild and wacky action-packed spoof of detective movies. Hope plays a baby photographer who lives out his fantasy of being a modern-day Sherlock Holmes. Impersonating a private detective, he's hired by a lovely brunette, Dorothy Lamour. Making all the wrong moves, he gets involved with an international gang dealing in uranium. The brunette baffles him, the gang slugs him, his automobile goes haywire, and the laughs keep coming fast and furious.

Legendary funnyman Bob Hope plays a baby photographer who gets mixed up with gangsters in this bubbly slapstick comedy-drama. Ronnie Jackson (Hope) wants nothing more than to step into the gumshoes of office mate Sam McCloud (film noir veteran Alan Ladd), a private investigator who runs his own detective agency. Jackson gets his big break when a mysterious femme fatale (Dorothy Lamour) strolls into his office and, mistaking him for McCloud, asks for help with her uncle's kidnapping. Jackson plays along with the detective role but is soon in way over his head as he becomes embroiled in a dangerous (and comic!) mystery. This spoof of the hardboiled detective genre also features horror legends Peter Lorre and Lon Chaney as Hope's villainous foils.

A private eye asks photographer Ronnie Jackson to keep an eye on his office while he's away. Ronnie agrees, but gets more than he bargained for when he meets beautiful client Carlotta Montay. Her uncle is missing, and while trying to solve the case himself, Ronnie, the neophyte detective, ends up in one dangerous mess after another. He gets thrown into a mental institution, involved in a crazy car chase, slips through the hands of the kidnappers (twice), and even ends up on death row -- framed for a murder he didn't commit. Things look bleak, but will a strange photo Ronnie snapped during his adventures somehow get him off the hook'

17%off
The Bob Hope and Bing Crosby Road to Comedy Collection...
$12.50 Super Savings
Add to Cart

Customer Rating:
Based on 5408 ratings.


Bob, a baby photogarpher, fulfills his fantasy by masquerading as a private detective and gets far more than he bargains for, as he hunts down an imposter and is framed for murder in the process. As with any Hope vehicle, it is filled with comical quips and in-jokes. While not up to the production standards of some of his other films (notably the "Road" movies with Bing Crosby)Bob tries hard and succeeds in carrying this movie. A good supporting cast adds the proper measure of melodrama.