With Six You Get Eggroll G

The return of the happy ending.

5.8K ratings
Currently Out of Stock: We'll get more as soon as possible
Notify Me When Available
Add to Wishlist
Format:  DVD
sku:  XG64
92% recommend us! 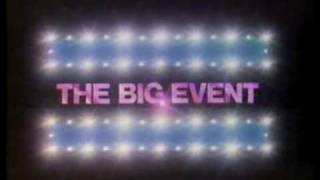 The effervescent Doris Day (Pillow Talk) and rugged Brian Keith (The Parent Trap) star in a comedy romp that focuses on love and marriage, and the trials and tribulations of an instant family! Day, in her last feature-film role, plays Abby McClure, an independent single mom with three rambunctious sons. Keith portrays Jake Iverson, the father of a headstrong 18-year-old daughter (Barbara Hershey). When Abby and Jake meet, fall in love and marry, it's a union perfectly suited for towels marked "His" and "Hers" - that is, until his and her kids bring chaos and turmoil into the house as they attempt to blend into a single family unit.

A widow with three children meets a widower with one daughter and so begins the comedy as they attempt to live together as a single family unit.

In her last film, which unofficially inspired TV's "The Brady Bunch," Doris Day plays a widow who marries a widower.
Abby McClure manages lumberjacks by light and minds her three sons by night. One day she meets Jake Iverson, a kind man who has a daughter, and Abby and Jake quickly fall in love.
When they decide to get hitched, though, their children are not exactly eager to become one big, happy family.

Mother Is a Freshman
$19
Add to Cart