To save a nations future, they must protect one man from its past. 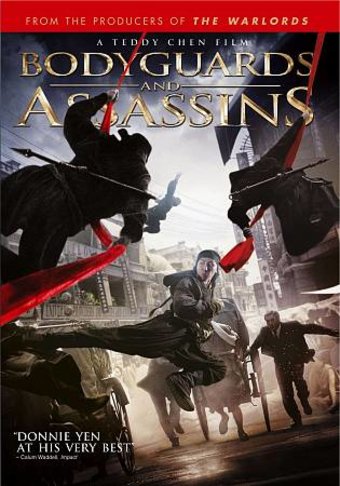 A man is determined to stand up for his country despite the challenges of deadly adversaries in this action drama from director Teddy Chen. It's 1906, and as China begins to turn its back on the outside world and makes new demands of its people, a growing number of Chinese citizens are calling for democracy. The possibility of revolution does not sit well with Chinese authorities, and Sun Yat-sen (Hanyu Zhang), an popular activist calling for reform in China, has been forced to seek exile in nearby Hong Kong to protect himself. Sun Yat-sen is hardly the only freedom-loving Chinese patriot living in Hong Kong, and when he's invited to take part in secret talks about the future of the nation, he and his fellow exiles are put into a tight spot. Chinese authorities want to silence Sun Yat-sen by assassination, and military commander Yan Xiaoguo (Hu Jun), his lieutenant Sa Zhenchan (Cung Le) and a regiment of soldiers skilled in martial arts are dispatched to find the underground leader and put him to this death. Now the Chinese expatriate community in Hong King must take sides -- do they ignore the crisis, or stand up to protect Sun Yat-sen in his moment of need' Among those who must decide where they stand are Chen Xiaobai (Tony Leung Ka-fai), an activist and journalist; Chen's financial backer Li Yuetang (Wang Xueqi); his teenage son Li Chungguang (Wang Bo-chieh); Yuet-yu (Fan Bingbing), Li Yuetang's "kept woman;" and Sum Chung-yang (Donnie Yen), her former husband. SHIYUE WEICHENG (aka ASSASSINS AND BODYGUARDS) was an official selection at the 2010 San Francisco International Film Festival.