A big city cop. A small country boy. They have nothing in common... but a murder. 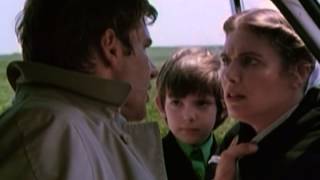 Australian Peter Weir's first Hollywood film tells the story of John Book (Harrison Ford), a Philadelphia cop whose life is altered while trying to help Rachel (Kelly McGillis), an Amish woman, and her son Samuel (Lukas Haas), who witnesses a murder in a Philadelphia train station bathroom. After discovering that the murder was committed by a member of his force, Book travels to Lancaster County with Rachel and Samuel and poses as a member of the Amish community to hide from his murderous police peers. While there, love blooms between Rachel and Book, and he finds himself drawn in by the honesty and simplicity of the old-world Amish lifestyle. Fine performances and beautiful cinematography are prevalent throughout.

A romantic thriller about a tough urban cop who falls in love with an Amish women while hiding out in Pennsylvania Dutch country. When Detective John Book discovers that the police department may be responsible for the brutal murder he is investigating, Book realizes that both his life and that of Samuel Lapp, the young Amish boy who witnessed the murder, are in danger. Laying low in Lancaster County with Samuel's family, Book finds himself increasingly drawn to the boy's mother, a lovely young widow named Rachel. Though Book grows to cherish the simple ways of the Amish, the gulf between Rachel's culture and his own remains a formidable barrier to their romance.

Romancing the Stone
$6.60
Add to Cart