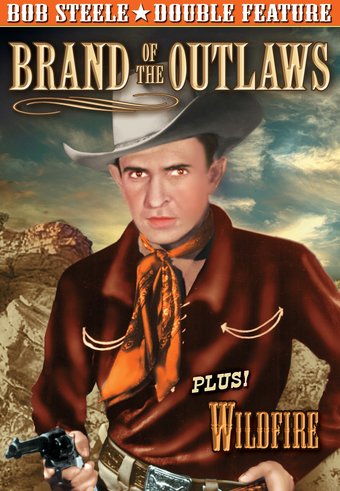 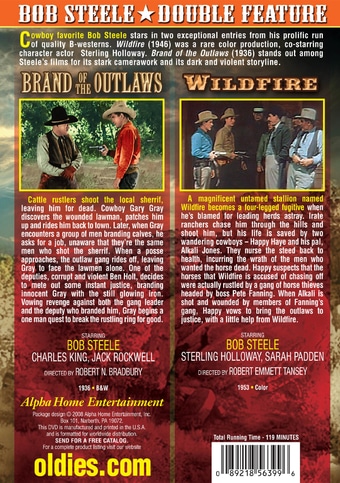 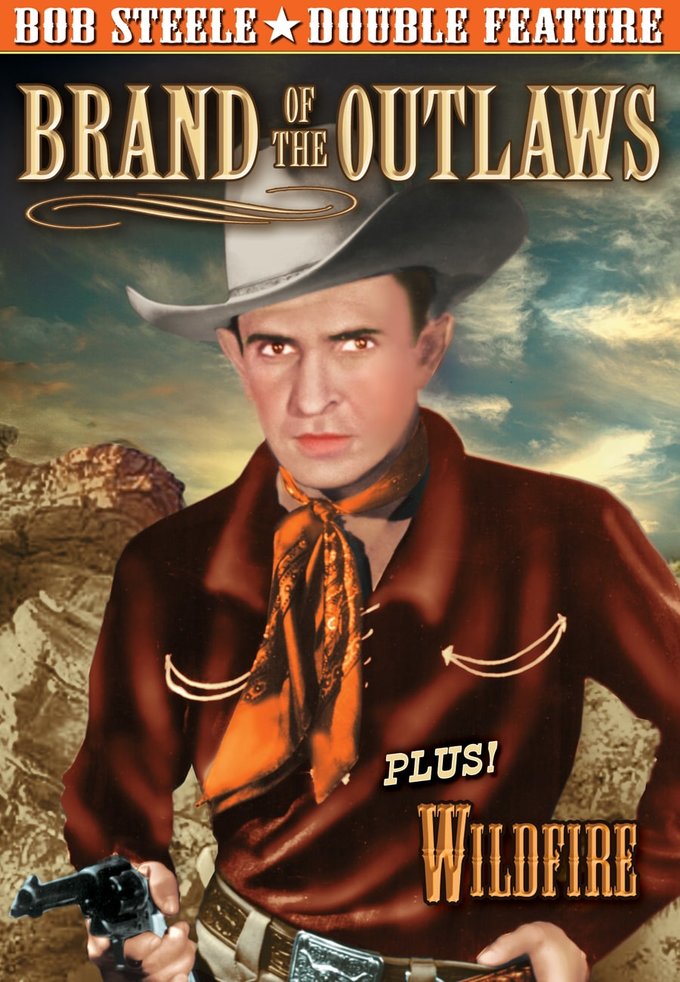 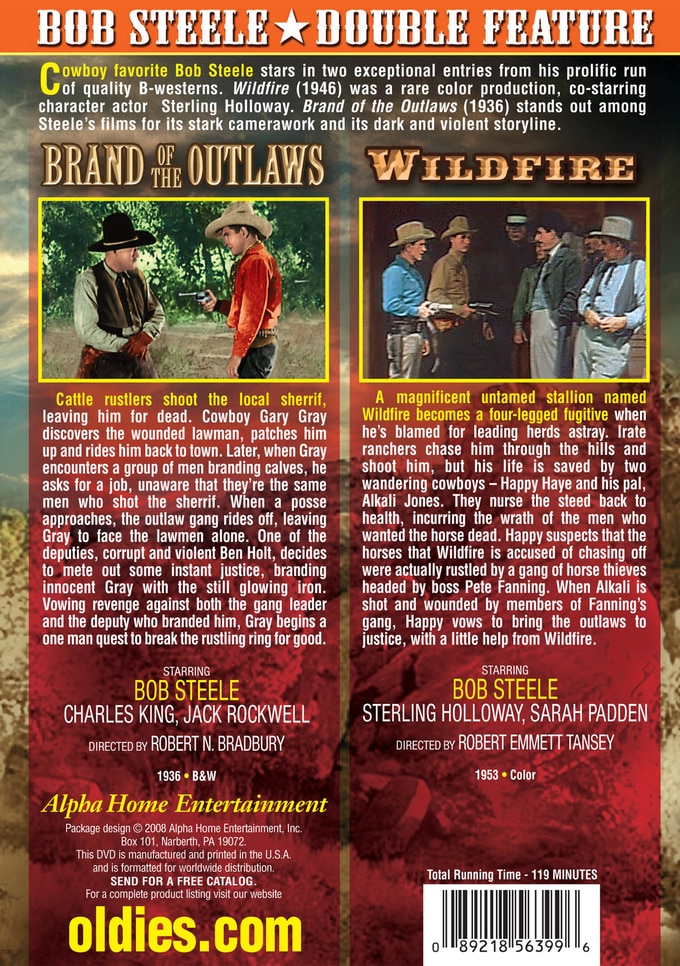 Cowboy favorite Bob Steele stars in two exceptional entries from his prolific run of quality B-westerns. Wildfire (1946) was a rare color production, co-starring character actor Sterling Holloway. Brand of the Outlaws (1936) stands out among Steele's films for its stark camerawork and its dark and violent storyline.

Brand Of The Outlaws: (1936, B&W): Cattle rustlers shoot the local sherrif, leaving him for dead. Cowboy Gary Gray discovers the wounded lawman, patches him up and rides him back to town. Later, when Gray encounters a group of men branding calves, he asks for a job, unaware that they're the same men who shot the sheriff. When a posse approaches, the outlaw gang rides off, leaving Gray to face the lawmen alone. One of the deputies, corrupt and violent Ben Holt, decides to mete out some instant justice, branding innocent Gray with the still glowing iron. Vowing revenge against both the gang leader and the deputy who branded him, Gray begins a one man quest to break the rustling ring for good.

Wildfire: (1945, Color): A magnificent untamed stallion named Wildfire becomes a four-legged fugitive when he's blamed for leading herds astray. Irate ranchers chase him through the hills and shoot him, but his life is saved by two wandering cowboys - Happy Haye and his pal, Alkali Jones. They nurse the steed back to health, incurring the wrath of the men who wanted the horse dead. Happy suspects that the horses that Wildfire is accused of chasing off were actually rustled by a gang of horse thieves headed by boss Pete Fanning. When Alkali is shot and wounded by members of Fanning's gang, Happy vows to bring the outlaws to justice, with a little help from Wildfire.