Entertainment Weekly: "[T]he music remains the same: crystalline midtempo soundscapes in which regret and ecstasy twine into a spiritual double helix." - Grade: A

Related products:
Bruce Springsteen: Western Stars for $13.60
The Dukes Of Stratosphear / XTC: Psurroundabout Ride (CD + Blu-ray) for $35.40
Vampire Weekend: Father Of The Bride for $13.60
The Blue Nile: Peace at Last for $44.50
Our customers love us! 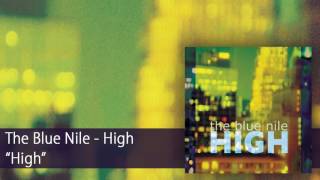 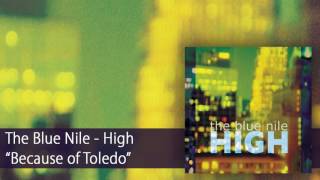 The Blue Nile - Because of Toledo (Official Audio) (Music Video)

Entertainment Weekly - p.81
"[T]he music remains the same: crystalline midtempo soundscapes in which regret and ecstasy twine into a spiritual double helix." - Grade: A
Uncut - p.98
4 stars out of 5 - "[F]illed with the same surging, oblique melancholy and longing that has sustained The Blue Nile since 1984..."
Uncut - p.74
Ranked #27 in Uncut's "Best New Albums of 2004" - "[B]oth cerebral and sentimental....They inspire devotion because they feel it like few others."
Mojo (Publisher) - p.93
4 stars out of 5 - "[M]usic of great subtlety, their oddly humane drum-machines, evocative synthesizers and clean Fenders lent extra class by Paul Buchanan's plaintive, ever-more-soulful howl."

Blue Nile albums only come around at an average of about twice every 10 years, so each one is greeted with a wealth of anticipation and reverence. This was no less true for the Scottish trio's fourth album, HIGH. Following the group's chronological line of progression, HIGH is most akin to its predecessor, 1996's PEACE AT LAST. The striking angularity of the band's first two records is supplanted by a more organic sound, with singer/songwriter Paul Buchanan's passionate, soulful voice as the main focus. Blue Nile's trademark lush production style is in evidence, as twinkling keyboards and acoustic guitars provide a starlit background for Buchanan's emotional journeys. More than ever, here the group moves closer to a blue-eyed-soul sound, with Buchanan belting out simple (but never simplistic) romantic lyrics over the kind of mid-tempo programmed beats and velvety synthesizers that wouldn't sound out of place in a slow-jam R&B mix.