Man on the Moon R

Hello, my name is Andy and this is my movie. 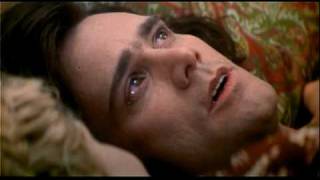 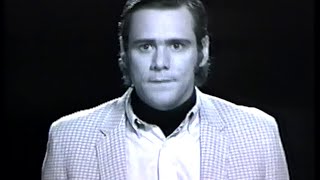 In a remarkable and touching performance, Jim Carrey tones down his usual idiosyncrasies to play late avant garde comedian Andy Kaufman in MAN ON THE MOON. In life, Kaufman was a complex, controversial, and, at times, insane performer, and Carrey captures this, as well as the subtle nuances of his more toned-down private life. Director Milos Forman stages faithful recreations of Kaufman's pranks, method-like immersion in characters, and even scenes from TAXI, the hit TV show that made him a star, but also follows the comedian through his tragic diagnosis with cancer and his loving relationship with his girlfriend Lynne Margulies (Courtney Love). Danny DeVito, Kaufman's real-life TAXI co-star, plays George Shapiro, the manager who discovers him and is willing to put up with all his antics, acknowledging Andy's wry genius. Along the way on his self-made rocky road of stardom, Kaufman reinvents himself as a foreign man who mangles jokes, and as Elvis; lip-syncs the MIGHTY MOUSE cartoon theme after a full minute of dead air time on Saturday Night Live; becomes a "professional" wrestler, and subsequently manages to sabotage his TV career. The supporting cast in MAN ON THE MOON is excellent, including Paul Giamatti has his comedic partner-in-crime, and many members of the real cast of TAXI.

I Love You Phillip Morris
$12.80 Super Savings
Add to Cart

46%off
Andy Kaufman: I'm From Hollywood / My Breakfast With Blassie
$10.80 Super Savings
Add to Cart