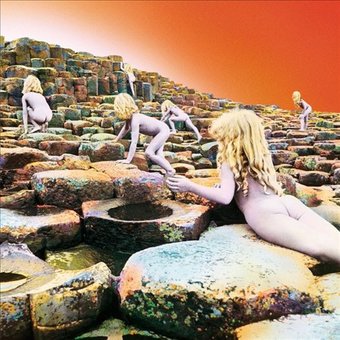 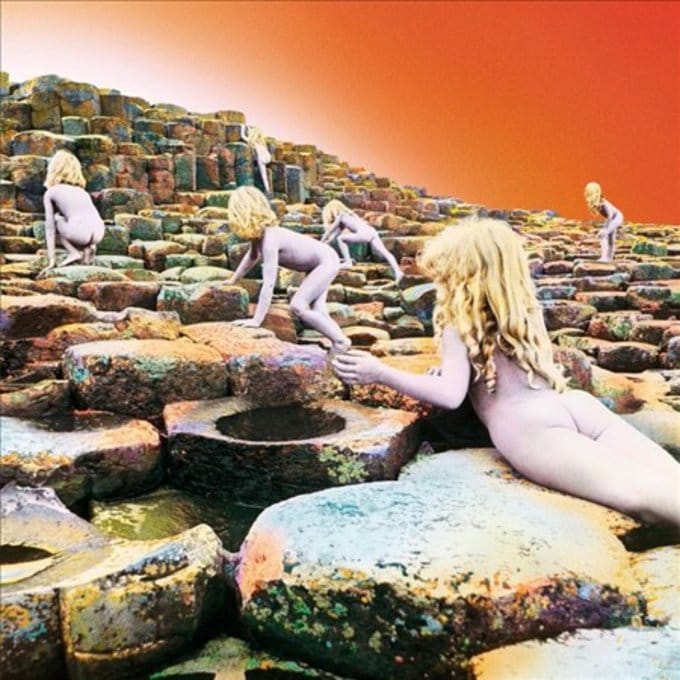 Photographers: Robert Ellis ; Larry Hulst.
By 1973, Led Zeppelin was getting used to being the biggest band on the planet (both financially and sonically). Letting their guard down and their spirits wander, they came up with the most widely varied album in their discography. Stylistically, HOUSES OF THE HOLY is all over the map, but it coheres in a grand manner befitting the '70s rock royalty Zeppelin had become. Stepping back a little from the epic scale of ZEPPELIN IV, the group slips into a funky James Brown homage ("The Crunge"), offers one of the first-ever attempts at reggae-rock ("D'yer Ma'ker"), and ventures into Pink Floyd-like prog rock ("No Quarter"). Jimmy Page's guitar work is at its most exquisitely beautiful on "The Rain Song," but the heavy-rock punch of yore is still present and accounted for on "Dancing Days" and "The Ocean." From here, it seemed like Led Zeppelin was capable of anything.