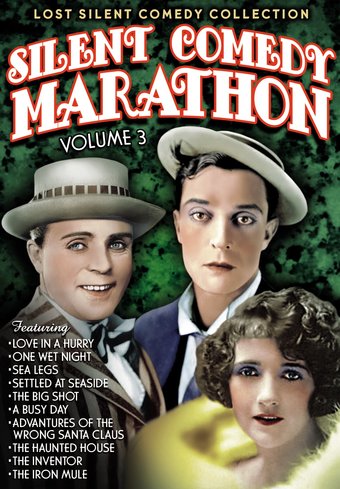 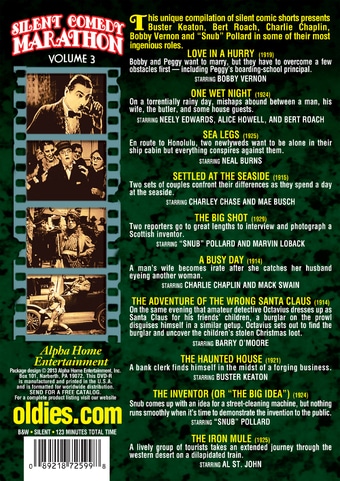 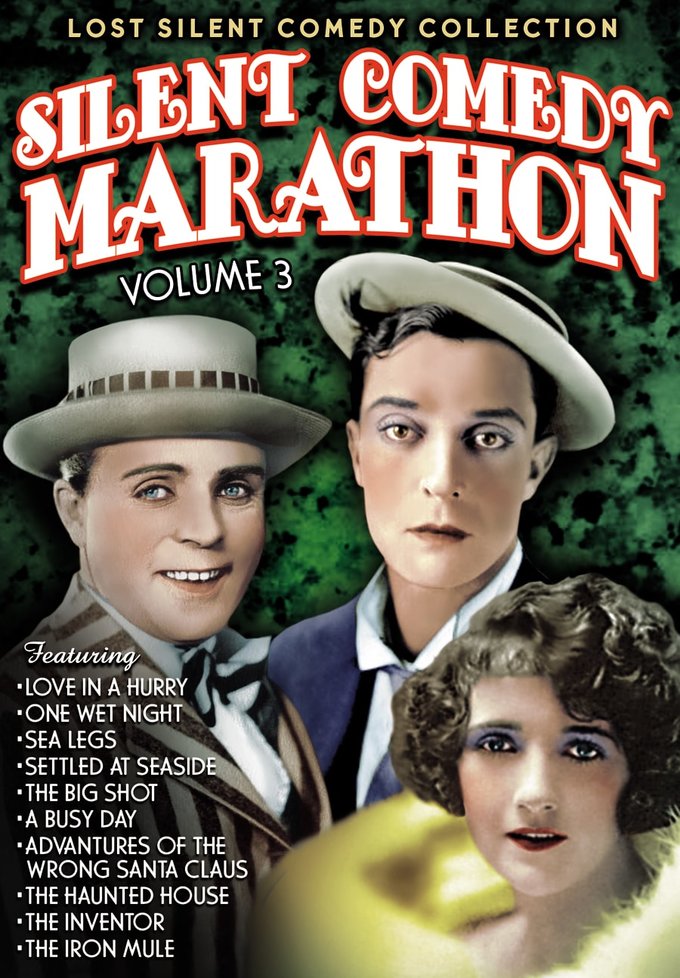 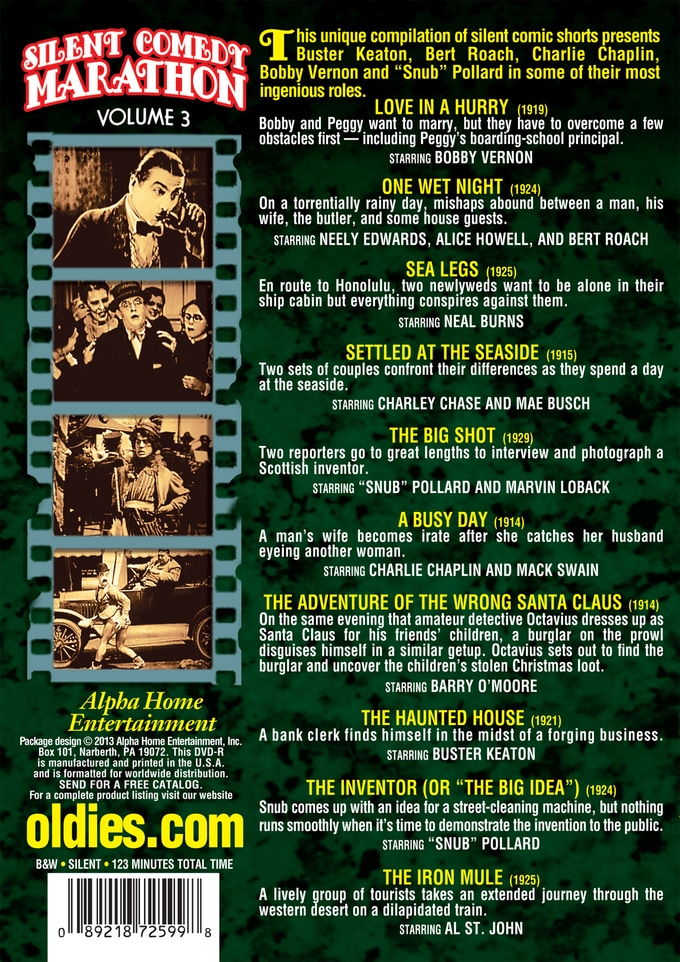 This unique compilation of silent comic shorts presents Buster Keaton, Bert Roach, Charlie Chaplin, Bobby Vernon and "Snub" Pollard in some of their most ingenious roles.

LOVE IN A HURRY (1919): Bobby and Peggy want to marry, but they have to overcome a few obstacles first - including Peggy's boarding-school principal. Starring Bobby Vernon.

ONE WET NIGHT (1924): On a torrentially rainy day, mishaps abound between a man, his wife, the butler, and some house guests. Starring Neely Edwards, Alice Howell, and Bert Roach.

SEA LEGS (1925): En route to Honolulu, two newlyweds want to be alone in their ship cabin but everything conspires against them. Starring Neal Burns.

SETTLED AT THE SEASIDE (1915): Two sets of couples confront their differences as they spend a day at the seaside. Starring Charley Chase and Mae Busch.

A BUSY DAY (1914): A man's wife becomes irate after she catches her husbandeyeing another woman. Starring Charlie Chaplin and Mack Swain.

THE ADVENTURE OF THE WRONG SANTA CLAUS (1914): On the same evening that amateur detective Octavius dresses up as Santa Claus for his friends' children, a burglar on the prowl disguises himself in a similar getup. Octavius sets out to find the burglar and uncover the children's stolen Christmas loot. Starring Barry O'Moore.

THE HAUNTED HOUSE (1921): A bank clerk finds himself in the midst of a forging business. Starring Buster Keaton.

THE INVENTOR (or "THE BIG IDEA") (1924): Snub comes up with an idea for a street-cleaning machine, but nothing runs smoothly when it's time to demonstrate the invention to the public. Starring "Snub" Pollard.

THE IRON MULE (1925): A lively group of tourists takes an extended journey through thewestern desert on a dilapidated train. Starring Al St. John.