What Did You Do in the War, Daddy? (Blu-ray)

2.1K ratings
Available: Usually ships in 3-5 business days
LOW STOCK:
Only 2 copies left
Add to Cart
Add to Wishlist
Format:  Blu-ray
sku:  62CWY
Also released as:
What Did You Do in the War, Daddy? for $21.20
Our customers love us! 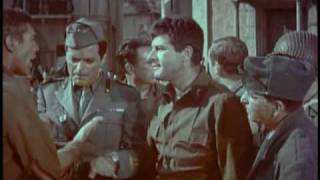 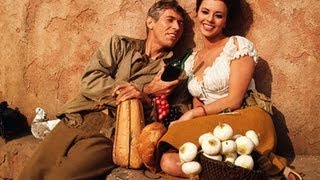 James Coburn stars as Lieutenant Christian in Blake Edwards's whimsical WWII comedy. In Sicily, Allied forces have begun the invasion of Italy. A war-weary company commanded by Captain Cash (Dick Shawn), a stickler for regulations, is assigned to occupy a small town being held by the Italian army. When they arrive during a soccer game, Italian commander Captain Oppo (Sergio Fantoni) requests that the Americans not take take the town until after the soccer game and an important wine festival have concluded in order to preserve their honor. The wily Christian persuades Cash to agree. The Americans and Italians happily join forces for an all-day, all-night bacchanal of wine, women, and song. However, their partying is observed by U.S. and German reconaissance planes who mistake the revelry for streetfighting, and they quickly decide to come to the aid of their respective allies. When the Germans arrive, they find drunken G.I.s in both American and German uniforms and, despite the confusion, begin to round them up. When a fresh American unit arrives, things start to get really interesting.

A group of frustrated American soldiers tries to convice an Italian city to surrender to the Germans, but the local wine festival and other silly situations get in the way.