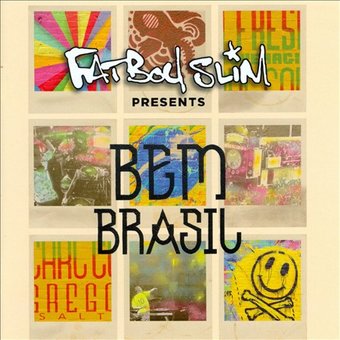 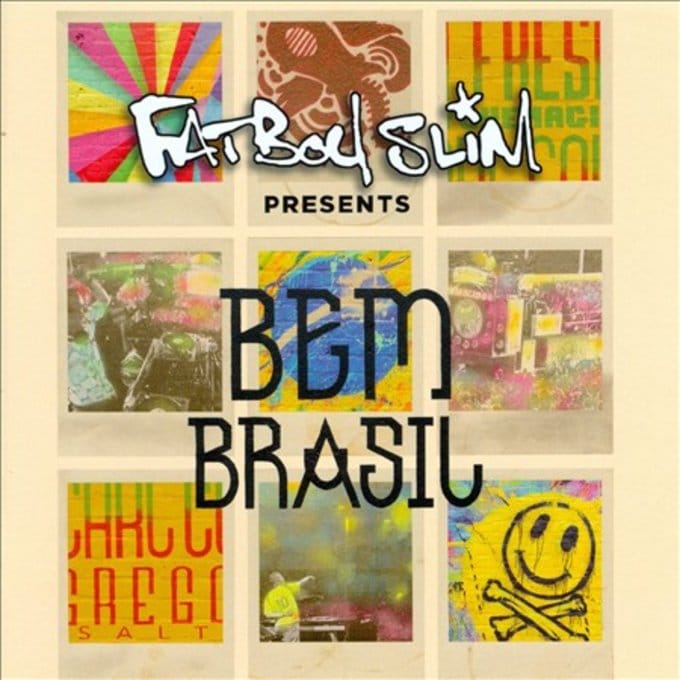 Get email alerts for Fatboy Slim
Currently Out of Stock: We'll get more as soon as possible
Notify Me When Available
Add to Wishlist
Format:  CD
item number:  ZSUR 81793
91% recommend us!

He certainly earned it, through hard work and talent, but in Fatboy Slim's charmed life, you wake up, remember it is a World Cup year, associate that with Brazilian music, and then wind up with a summer tonic as delightful as Bem Brasil. That's pretty much the story behind this double disc of "up" Brazilian dance music, minus the part where Fatboy phones up some friends for Brazilian-flavored exclusives, including Joey Negro, who whips Agora's "Celebration Suite" from a street rave-up to an intergalactic rave-up with Kraftwerk twerps and house music's solid boom. DJ Fresh bumps heads with Fatboy on the "Magalenha" remix and suddenly the girls from Ipanema are digging that deep dubstep grind, but Fedde Le Grand takes the cheeky, Fedde-esque way, and changes one word in his hit "Put Your Hands Up for Detroit," and little else. These big boomin' tunes all come on disc one as disc two chills out with a set of after-hours numbers, including a version of Fatboy's funky hit "Weapon of Choice" being driven by acoustic street carnival drums. Spiritual leader Gilberto Gil is here with his electro-gliding "Maracatu At“mico," while his "Toda Menina Baiana" goes future disco in a Ashley Beedle remix. All of it hangs together well enough for a pool party soundtrack with hard, and less hard, discs to choose from, so whether it's a World Cup year or not, consider Fatboy's big beat angle on Brazil anytime the temperature gets above 75 degrees Fahrenheit (24 degrees Celsius). ~ David Jeffries

38%off
Fatboy Slim
The Fatboy Slim Collection
$35.70
Add to Cart