Kenny G Classics in the Key of G 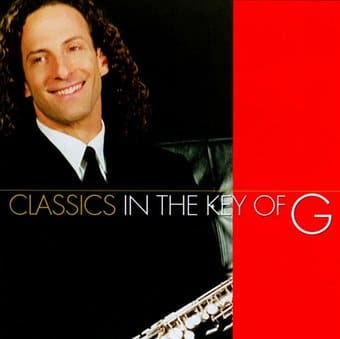 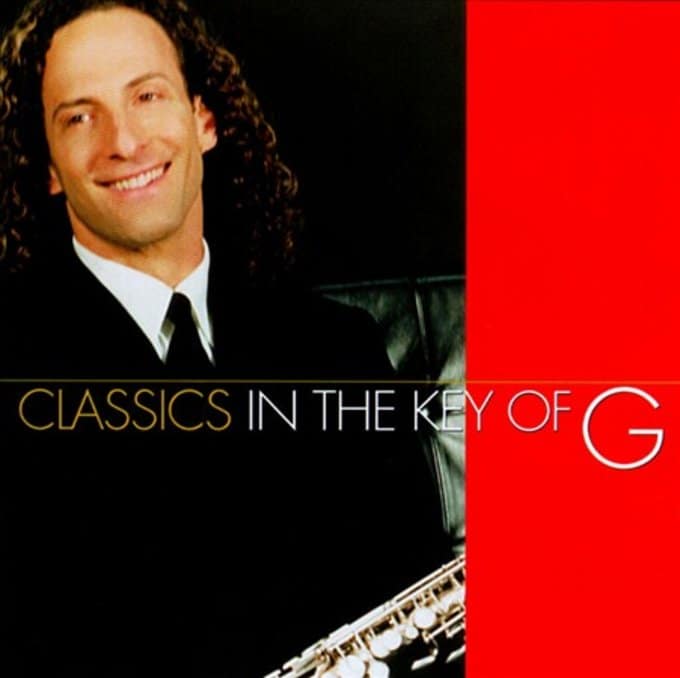 Personnel: Kenny G (soprano & tenor saxophones); Louis Armstrong, Bebel Gilberto (vocals); Walter Afanasieff (piano, keyboards, synthesizer, programming); Randy Waldman (piano); Greg Phillanganes (Fender Rhodes piano); Greg Bieck (keyboards, synthesizer, programming); David Foster (keyboards); Dean Parks (acoustic guitar); George Benson (guitar); Nathan East (bass); Ricky Lawson (drums); Paulinho Da Costa (percussion); Felipe Elgueta, David Reitzas, Adam Rossi (programming).
Producers: Walter Afanasieff, David Foster, Kenny G.
Engineers include: Humberto Gatica, Dave Reitzas, Felipe Elgueta.
Walter Afanasieff won the 2000 Grammy Award for Producer Of The Year for CLASSICS IN THE KEY OF G.
Some jazz critics may point to Classics in the Key of G as proof of Kenny G's lack of jazz substance, but it really is proof of how well he makes instrumental pop albums. Yes, Kenny G has reworked a predictable set of pop classics, from "Summertime" to "The Look of Love," to fit his signature smooth sound, but that should be expected from an album like this. Kenny G will never abandon his signature sound because that sound is him; he doesn't want to push musical boundaries, he just wants to make gentle, melodic music. If he's seen as a pop musician, not a jazz saxophonist, his virtues become evident. Unlike some of his peers, there's genuine warmth in his tone, and he never diverts his attention from the melody; he crafts records around songs, not improvisations. Simply containing ten songs everybody knows, Classics in the Key of G is a pleasant, unassuming listen (with the exception of "What a Wonderful World," which contains a jarring original vocal from Louis Armstrong). As a matter of fact, it may be one of his better records, simply because he's working with ten terrific songs, and his performances show real affection for the music. He sticks to the original songs, only updating the production or throwing some minor glissandos into the melodies. His solos are extensions of the original themes -- at times, it's hard to tell when he's slipping into a solo since it's so smooth -- and it all comes together as nice, pleasant music. That may mean that Classics in the Key of G may occasionally fade into the background, but like any good instrumental pop album, it's sweet to the ears whether it's in the foreground or sonic wallpaper. ~ Stephen Thomas Erlewine

40%off
Intimate Encounters With Smooth Jazz (CD)
$5.98 on Sale
Add to Cart