BEYOND THE GLAMOUR OF CANNES LIES THE NAKED TRUTH OF MOVIEMAKING. 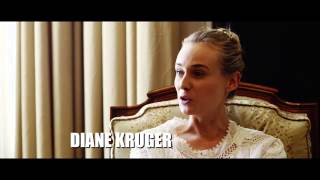 For ten days in May 2012, director James Toback and actor Alec Baldwin worked their way through the Cannes Film Festival in an attempt to secure financing for a new film, a political-erotic Middle Eastern drama inspired by Bernardo Bertolucci's Last Tango in Paris. As they dashed around Cannes, hopeful against all odds to raise an eight-figure sum, Toback filmed the hilarious and revealing proceedings that comprise this documentary: from pitches to billionaires, studio moguls, producers and international sales financiers, to intimate encounters with major movie stars and iconic directors whose passion for movies proves it's still possible to transcend all the madness. Seduced and Abandoned captures the tug-of-war between the eternal dream of creating pure art, and the bracing reality of modern movie commerce. Ultimately, the film turns the camera back on those who still can't resist the devilish and beautiful temptations of a love affair with cinema, despite the outrageous odds against success. As the film builds to its climax, there's no doubt that Toback and Baldwin remain hopelessly seduced -- but will they be abandoned?