A cowboy joins forces with a troupe of circus freaks to take revenge on the robber baron who stole his gold mine./Klaus Kinski wants vengeance on the former friend who had him sentenced to jail ten years ago. 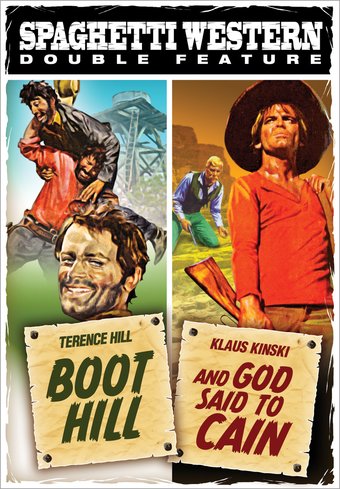 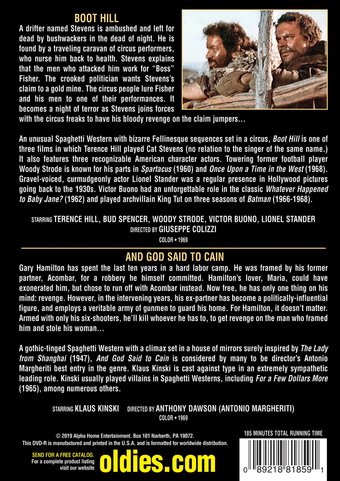 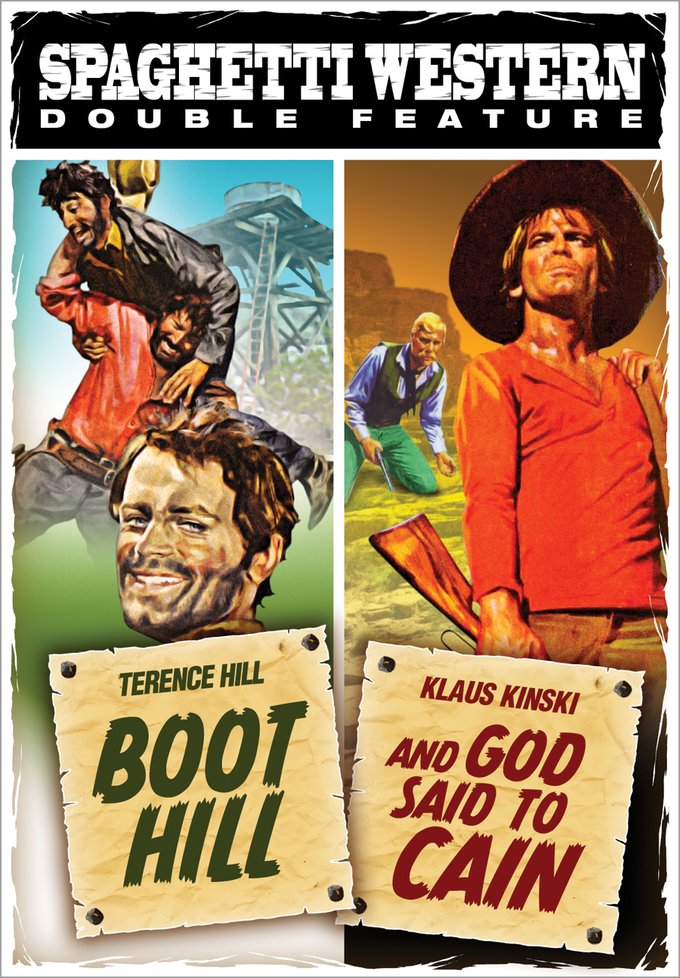 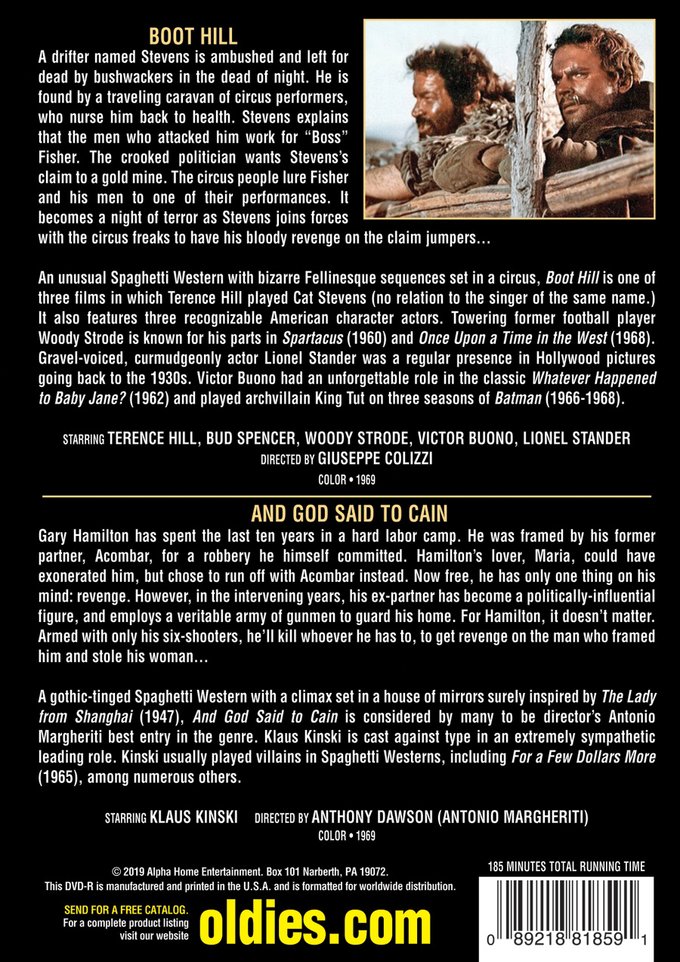 BOOT HILL (1969): A drifter named Stevens is ambushed and left for dead by bushwackers in the dead of night. He is found by a traveling caravan of circus performers, who nurse him back to health. Stevens explains that the men who attacked him work for "Boss" Fisher. The crooked politician wants Stevens's claim to a gold mine. The circus people lure Fisher and his men to one of their performances. It becomes a night of terror as Stevens joins forces with the circus freaks to have his bloody revenge on the claim jumpers...

An unusual Spaghetti Western with bizarre Fellinesque sequences set in a circus, Boot Hill is one of three films in which Terence Hill played Cat Stevens (no relation to the singer of the same name.) The other films in the trilogy are God Forgives... I Don't! (1967) and Ace High (1968). It also features three recognizable American character actors. Towering former football player Woody Strode is known for his parts in Spartacus (1960), The Man Who Shot Liberty Valance (1962) and Once Upon a Time in the West (1968). Gravel-voiced, curmudgeonly actor Lionel Stander was a regular presence in Hollywood pictures going back to the 1930s. His career was curtailed after standing up to HUAC in the 1950s, but he had a successful comeback in his later years, playing Robert Wagner and Stefanie Powers' right-hand man Max on the TV series Hart to Hart(1979-1984). Victor Buono had an unforgettable role in the classic Whatever Happened to Baby Jane? (1962) and played archvillain King Tut on three seasons of Batman (1966-1968).

AND GOD SAID TO CAIN (1970): Gary Hamilton has spent the last ten years in a hard labor camp. He was framed by his former partner, Acombar, for a robbery he himself committed. Hamilton's lover, Maria, could have exonerated him, but chose to run off with Acombar instead. Now free, he has only one thing on his mind: revenge. However, in the intervening years, his ex-partner has become a politically-influential figure, and employs a veritable army of gunmen to guard his home. For Hamilton, it doesn't matter. Armed with only his six-shooters, he'll kill whoever he has to, to get revenge on the man who framed him and stole his woman...

A gothic-tinged Spaghetti Western with a climax set in a house of mirrors surely inspired by The Lady from Shanghai (1947), And God Said to Cain is considered by many to be director's Antonio Margheriti best entry in the genre. Klaus Kinski is cast against type in an extremely sympathetic leading role. The German actor is best known for his work with director Werner Herzog. Some of their collaborations include Aguirre, the Wrath of God (1972), Nosferatu the Vampyre (1979) and Fitzcarraldo (1982). He was also a regular in Spaghetti Westerns, playing a villain in For a Few Dollars More (1965), among numerous others.