Famed muscleman Steve Reeves stars as Aeneas, the legendary hero who helped found the Roman Empire, in this sword-and-sandal epic. 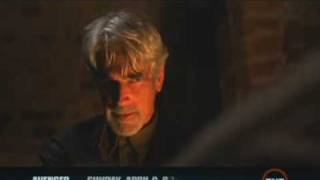 Steve Reeves plays Aeneas, the legendary hero of Troy. The Trojans, defeated in battle by the Greeks, seek refuge on the banks of the Tiber River. Aeneas and his people only wish to live in peace, but the chieftain of a nearby kingdom, Turno, is convinced they want to depose him. He attempts to destroy the Trojans' encampment, leading to a bloody war that costs many lives. To prevent further bloodshed, Aeneas challenges Turno to hand-to-hand combat away from the battlefield. The outcome of their duel will have far reaching consequences, leading to the birth of the Roman Empire….

Early 1962 had seen the stateside release of The Trojan Horse, starring John Drew Barrymore as Odysseus and Steve Reeves as Aeneas. That inspired American producer-director Albert Band to quickly make a sequel in Italy, The Avenger, with Reeves reprising his role as Aeneas. Band took inspiration from Virgil's epic poem The Aeneid for the film's storyline. The Montana-born bodybuilder Reeves, who had held the titles of Mr. America, Mr. Universe, and Mr. World, shot to fame starring in Hercules (1957) and Hercules Unchained (1959). Despite his inseparable association with the Greek Demi-god, these would be the only times Reeves played the Son of Zeus. He did star in many more Italian-made sword-and-sandal epics, however, including The White Warrior, Goliath and the Barbarians and The Giant of Marathon (all 1959). The Avenger would be Reeves' last entry in the genre. After making two pirate movies and a Western, Reeves would retire from acting, citing an injury sustained on the set of The Last Days of Pompeii (1959). He lived on his ranch in Southern California, tending to his horses, until his death in 2000 at the age of 74.

All the Devil's Men
$18 Super Savings
Add to Cart

90%off
The Decade You Were Born: The 40s - A Decade of War &... TOP 25 Bestselling DVD
99¢ on Sale
Add to Cart
(6)
Film Collectors & Archivists: Alpha Video is actively looking for rare and unusual pre-1943 motion pictures, in good condition, from Monogram, PRC, Tiffany, Chesterfield, and other independent studios for release on DVD. We are also interested in TV shows from the early 1950s. Share your passion for films with a large audience. Let us know what you have.
How to Order
Shipping Rates & Options
International Shipping
Return Policy
Request a FREE Catalog
Order Items by Catalog
View Catalogs Online
Safe Shopping Guarantee
Buy a Gift Certificate
About OLDIES.com
Customer Reviews
Contact Info
Privacy Policy
Send Feedback
Login
Forgot Password?
Sign Out
Email Subscriptions
Redeem Gift Certificate
To place an order or for customer service, call toll-free 1-800-336-4627 or outside the United States, call 1-610-649-7565
Open Monday-Friday: 9am-10pm, Weekends: 11am-7pm (Eastern Time)
Se habla Español! Spanish-speaking representatives available, Monday-Friday: 9am-5pm (Eastern Time)
Portions of this page © 2020 TiVo Corporation. For personal non-commercial use only. All rights reserved.
All copyrights, trademarks, and logos are owned by their respective owners. Rotten Tomatoes content and Certified Fresh™ Logo is Copyright © Fandango. All rights reserved.
© 2020 OLDIES.com and its affiliates and partner companies. All rights reserved.