Dr. Mabuse, the greatest criminal mastermind of all time, returns to wreak havoc on the world in these two spellbinding features from the German villain's 1960s revival. 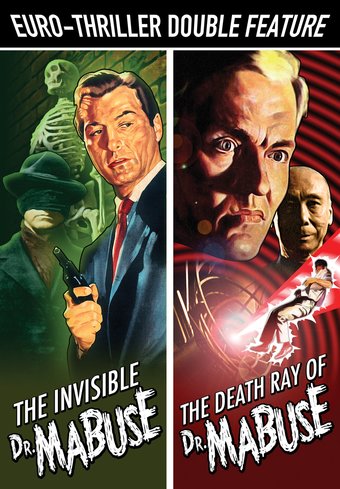 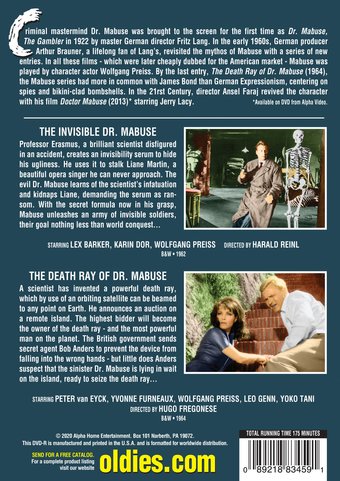 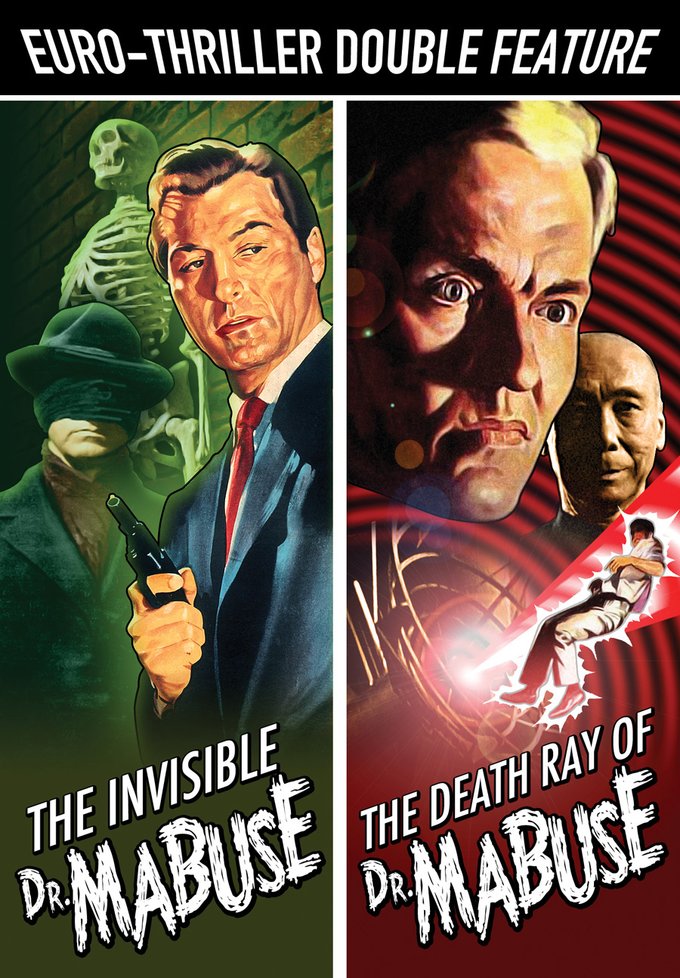 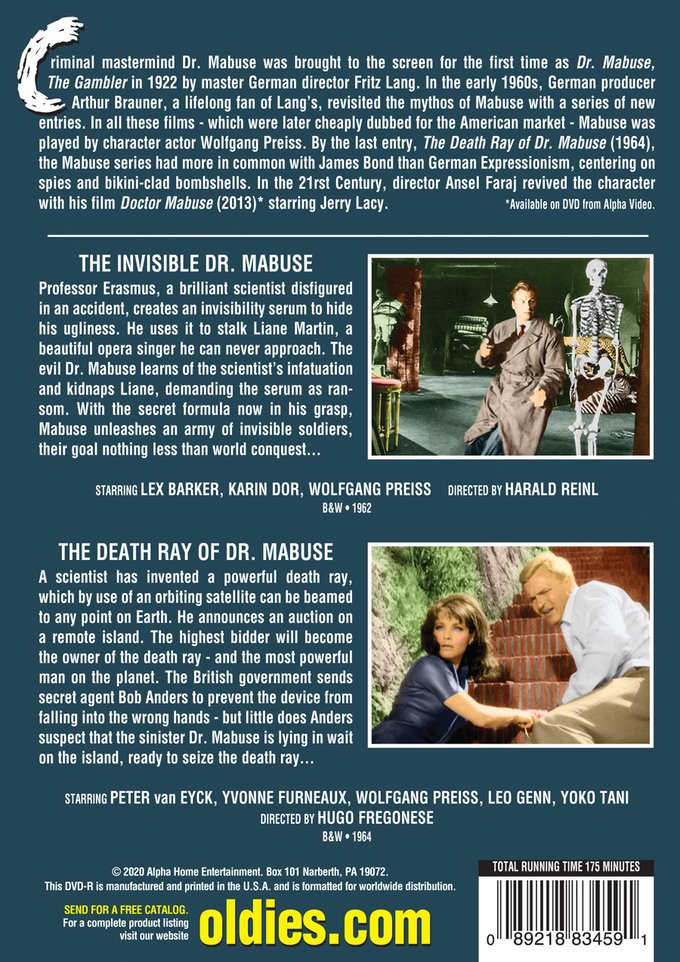 Criminal mastermind Dr. Mabuse was brought to the screen for the first time as Dr. Mabuse, The Gambler in 1922 by master German director Fritz Lang. In the early 1960s, German producer Arthur Brauner, a lifelong fan of Lang's, revisited the mythos of Mabuse with a series of new entries. In all these films - which were later cheaply dubbed for the American market - Mabuse was played by character actor Wolfgang Preiss. By the last entry, The Death Ray of Dr. Mabuse (1964), the Mabuse series had more in common with James Bond than German Expressionism, centering on spies and bikini-clad bombshells. In the 21rst Century, director Ansel Faraj revived the character with his film Doctor Mabuse (2013) starring Jerry Lacy.

THE INVISIBLE DR. MABUSE (1962): Professor Erasmus, a brilliant scientist disfigured in an accident, creates an invisibility serum to hide his ugliness. He uses it to stalk Liane Martin, a beautiful opera singer he can never approach. The evil Dr. Mabuse learns of the scientist's infatuation and kidnaps Liane, demanding the serum as ransom. With the secret formula now in his grasp, Mabuse unleashes an army of invisible soldiers, their goal nothing less than world conquest...

THE DEATH RAY OF DR. MABUSE (1964): A scientist has invented a powerful death ray, which by use of an orbiting satellite can be beamed to any point on Earth. He announces an auction on a remote island. The highest bidder will become the owner of the death ray - and the most powerful man on the planet. The British government sends secret agent Bob Anders to prevent the device from falling into the wrong hands - but little does Anders suspect that the sinister Dr. Mabuse is lying in wait on the island, ready to seize the death ray...