Lash LaRue and his pal Fuzzy Jones are on the trail of a blackmailer out to steal land from good-hearted ranchers. 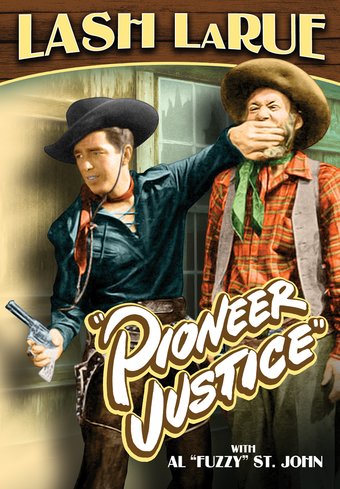 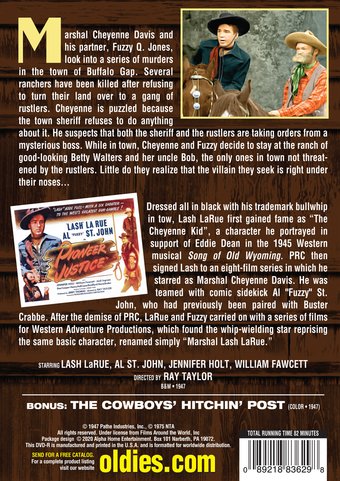 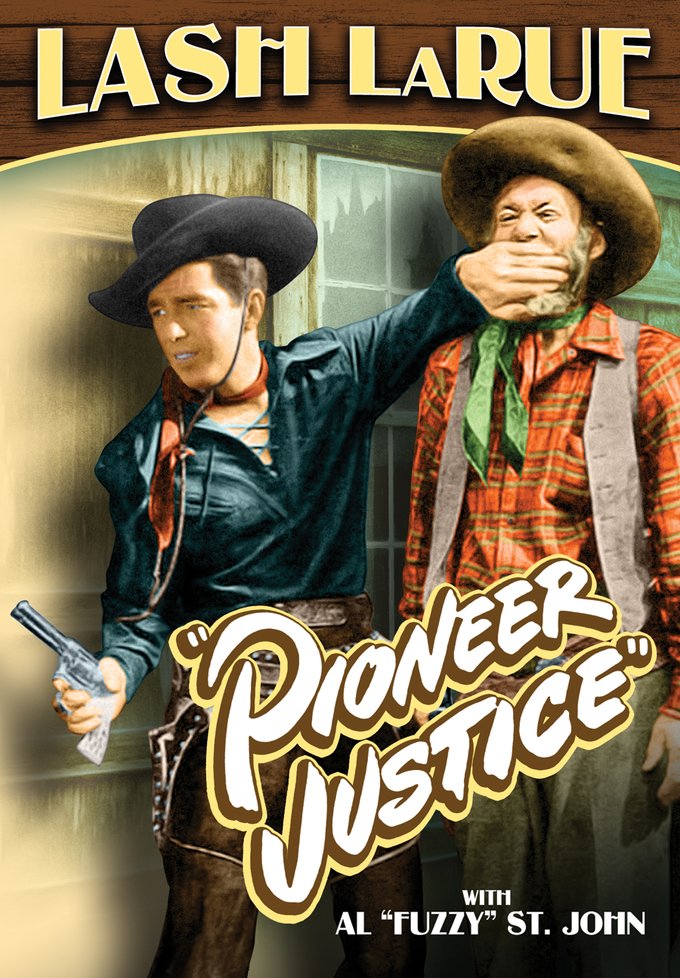 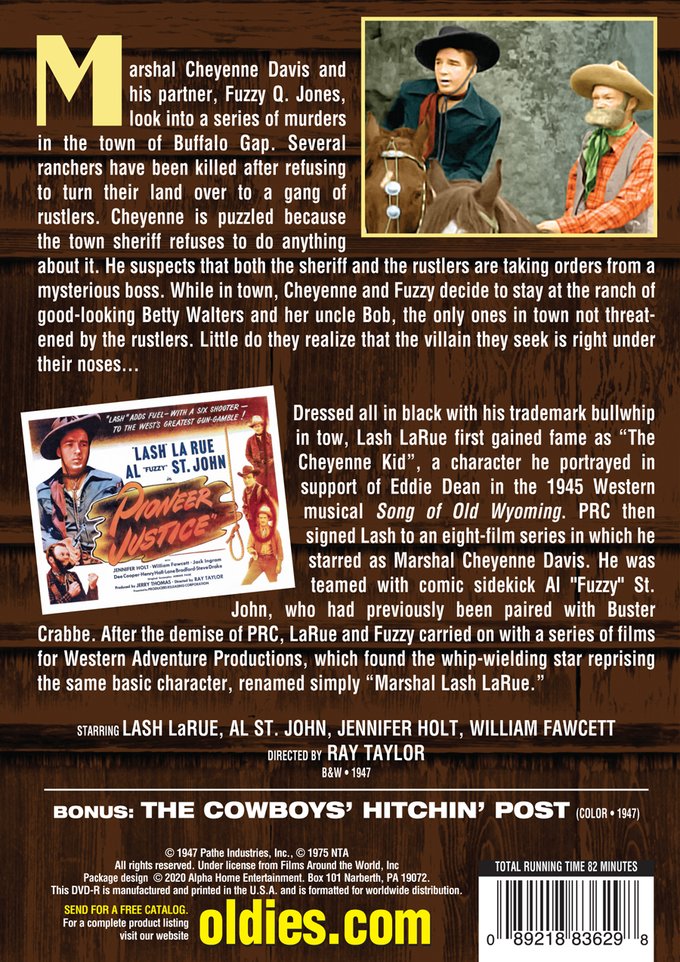 Marshal Cheyenne Davis and his partner, Fuzzy Q. Jones, look into a series of murders in the town of Buffalo Gap. Several ranchers have been killed after refusing to turn their land over to a gang of rustlers. Cheyenne is puzzled because the town sheriff refuses to do anything about it. He suspects that both the sheriff and the rustlers are taking orders from a mysterious boss. While in town, Cheyenne and Fuzzy decide to stay at the ranch of good-looking Betty Walters and her uncle Bob, the only ones in town not threatened by the rustlers. Little do they realize that the villain they seek is right under their noses…

Dressed all in black with his trademark bullwhip in tow, Lash LaRue first gained fame as "The Cheyenne Kid", a character he portrayed in support of Eddie Dean in the 1945 Western musical Song of Old Wyoming. PRC then signed Lash to an eight-film series in which he starred as Marshal Cheyenne Davis. He was teamed with comic sidekick Al "Fuzzy" St. John, who had previously been paired with Buster Crabbe. After the demise of PRC, LaRue and Fuzzy carried on with a series of films for Western Adventure Productions, which found the whip-wielding star reprising the same basic character, renamed simply "Marshal Lash LaRue."

16%off
The Baytown Outlaws
$8.40 Super Savings
Add to Cart